One of the coolest guest speakers the Patriots have had over the years, in Julian Edelman’s opinion, is the late Naismith Memorial Basketball Hall-of-Famer Kobe Bryant.

The Patriots have had a number of business leaders, head coaches, and other famous figures stop by and speak to the team during the offseason. Bryant’s 2018 appearance seemed to stick out to Edelman.

The Super Bowl LIII MVP shared the story of what it was like listening to Bryant give a speech on the Games With Names podcast this week.

“He wasn’t playing anymore,” Edelman said. “But I mean you could just tell that guy was a fierce f****** winner. Just eye of the tiger, he’ll f****** rip your heart out and like would do it over and over and over again just to show you you’re not better than him. And you felt that when he spoke.”

Bryant, who played 20 seasons and won five NBA titles with the Los Angeles Lakers, died along with his daughter Gianna and several others in a helicopter crash in 2020.

His widow, Vanessa Bryant, was awarded $16 million in damages last month after suing L.A. County over the distribution of images from the crash site.

The NBA legend was also an Oscar-winning storyteller, gaining critical acclaim for his short film “Dear Basketball.” Known for his relentless work ethic and attention to detail, Bryant hosted the ESPN series “Detail” which was produced by his media company Granity Studios. He also was working on a children’s book series at the time of his death.

An 18-time All-Star, two-time scoring champion, and nine-time NBA All-Defensive First-Team selection, Byrant had both of his jersey numbers, 8 and 24, retired by the Lakers following his death.

“He was one of the most interesting humans I’ve ever heard in that climate,” Edelman said. “He was so interesting, and his attention to detail and his question asking. He would ask us questions so that he could take it where he was going next.” 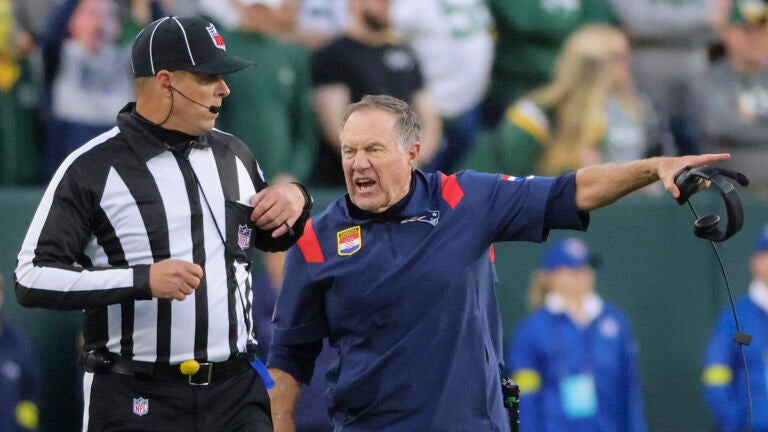 5 takeaways from the Patriots' overtime loss to the Packers