While the Patriots offense looked explosive at times, late turnovers and an inability to contain Ravens quarterback Lamar Jackson marked the Patriots’ 37-26 loss on Sunday.

As was the case in New England’s Week 1 loss at Miami, some big plays, including four second-half turnovers by the Patriots offense, swung the game in Baltimore’s favor.

“A few plays here and there that we need to play better, need to coach better, need to do better,” New England head coach Bill Belichick told reporters following the game.

“Too many mistakes today to be able to win,” he continued.

Some of those mistakes included three interceptions in the second half by quarterback Mac Jones, who had to push the ball downfield at times as New England tried to keep up with Baltimore’s potent offense.

“You’re behind, you’ve got to be aggressive, but still you’ve got to do a better job on those plays than we did for sure,” Belichick said regarding the turnovers. “You’re not going to win turning the ball over in the fourth quarter.”

Jones appeared to suffer a left leg injury on his final pass attempt of the day, limping off the field in visible pain.

Belichick did not have an update on Jones, who finished the day completing 22 of 32 attempts for 321 yards with no passing touchdowns and three interceptions. He added 31 yards on the ground to go with a three-yard rushing score.

While Baltimore’s offense was able to move the ball all day for the most part, New England did force two turnovers. Cornerback Jonathan Jones picked off a Jackson pass in the second quarter, and safety Jabrill Peppers recovered a Rashod Bateman fumble in the fourth.

Belichick would like to see the Patriots do a better job of capitalizing on turnovers and stops, as of the four Baltimore drives that ended in a turnover or punt, only one resulted in points for New England.

“We had some stops, we got some turnovers, we just weren’t able to capitalize on those when we got them,” Belichick pointed out, adding, “We certainly had our chances today.”

When asked his thoughts on the team’s performance through three games and if he felt as though the team was progressing, Belichick gave a characteristic response.

He answered, “I made my comments on today’s game. I think that’s really all that matters.” 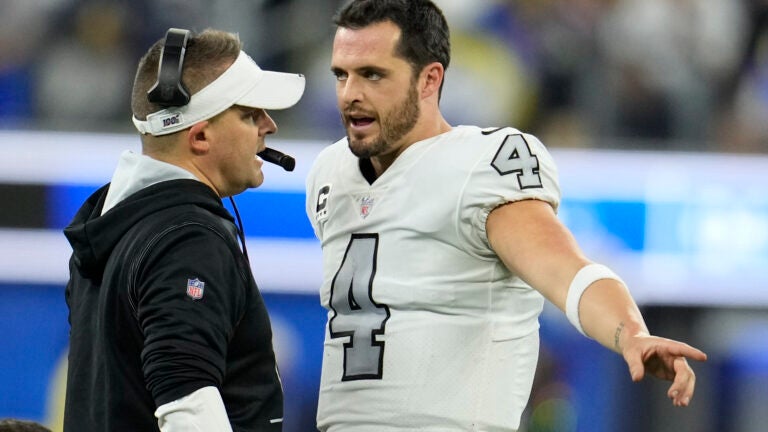