Mac Jones is likely to miss multiple games with a high-ankle sprain, according to a story from ESPN’s Mike Reiss.

An unnamed source told ESPN’s Reiss and Adam Schefter that the Patriots are considering Jones’s options, which could include surgery, as they chart a path forward.

NFL Network’s Mike Giardi tweeted that one of his team sources would be surprised if Jones avoids the surgery.

Reiss noted that Jones used the phrase “day-by-day” nine times. The former Alabama quarterback said he’s aiming to let the process play out and see how he feels.

“Just trying to take it day-by-day,” Jones said. “Make sure I get my health back. That’s just getting my treatment and kind of going through the process of what can I do to be better. I’m always going to do that regardless of the week, and this week is no different.”

When asked how his ankle felt, Jones jokingly said “awesome.” The injury came after he was hit by Baltimore’s Calais Campbell, who is listed at 6-foot-8 and 307 pounds. Reiss reported that Campbell “rolled over’ Jones’s ankle.

Jones was visibly limping after the hit, reportedly screaming in pain, and was captured with a look of anguish on his face in photographs.

If Jones does not play Sunday, Brian Hoyer is likely to be the Patriots’ starting quarterback. The 36-year-old veteran has lost 11 starts in a row, which is the longest losing streak among NFL quarterbacks.

Belichick noted earlier this week that Hoyer, who is in his third stint with the Patriots, has lots of experience in New England’s offense. He has started for seven different teams, which is among the most in NFL history.

Bailey Zappe, a rookie from Western Kentucky, is the third option. The Patriots selected Zappe in the fourth round of the 2022 NFL draft. 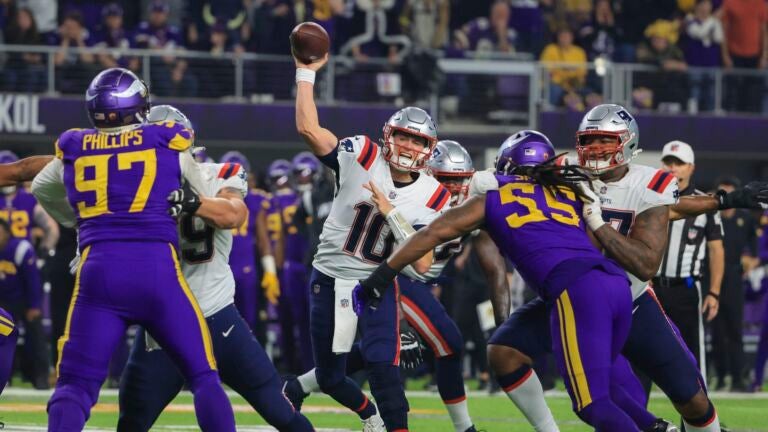