After coming off the best season of his career last year, Kendrick Bourne hasn’t seen much playing time with New England this season.

Last week, he played fewer snaps than any other Patriots receiver.

There are many who would ask why he’s not playing more. Especially when the Patriots are 1-2 and have barely been able to score on anyone except the league’s worst defense.

Yes, the Patriots had 447 yards of total offense last week. But, it’s probably because Baltimore is giving up a league-worst 458 yards per game.

So, the Patriots have a player who had 800 receiving yards last year on the bench. On top of that, he leads the league in a new stat from ESPN called “catch score.”

“Catch score” is a per-play rate metric on a scale from 0-99. ESPN has a model that predicts the probability of each catch, explained ESPN analytics writer Brian Burke in a separate post, and if the catch happens the receiver is credited with the marginal difference.

For example: Let’s take a pass that has an 80 percent chance of getting caught according to ESPN’s calculations. If the receiver catches it, he gets plus-0.20. If he doesn’t catch it, he gets minus-0.80.

ESPN takes the score from each play, adds them up, and grades the player anywhere from 0-99.

Bourne technically hasn’t played enough to qualify for ESPN’s threshold, but his score of 91 since the start of the 2021 season was “too strong a result to ignore” according to ESPN analytics writer Seth Walter. It’s at least six points higher than any other receiver, and the only score in the 90’s. In fact, only three receivers had scores in the 80’s.

This doesn’t necessarily mean that Bourne is an elite receiver, Waller explained. “catch score” depends on how open a receiver is, and the less he gets open, the fewer opportunities he has to impact his “catch score.”

Plus, ESPN introduced two more new stats (“open score” and “YAC”) that are meant to judge receivers collectively along with “catch score.” Bourne doesn’t score as well in the other two categories.

Still, Bourne has caught an impressive 79 percent of his targets since the start of the 2021 season. He’s stayed consistent with that even during his limited playing time this season, catching seven out of nine targets. 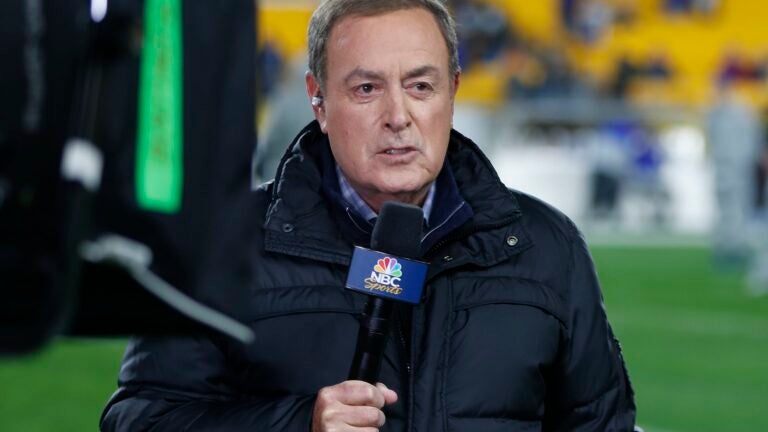