After Bill Belichick repeatedly reminded reporters that he was taking the injury assessment of Mac Jones “day by day,” it appears that there remains some hope the Patriots’ quarterback could somehow play in Week 4.

While it certainly remains to be seen, Jones himself has reportedly refused to rule out playing on Sunday against the Packers. According to NFL Network’s Mike Giardi, Jones has even “told multiple teammates to not count him out of this weekend’s game at Green Bay.”

Previous reporting pointed to Jones having a high-ankle sprain that would keep him out for potentially multiple weeks.

Giardi joined 98.5 “The Sports Hub” for an interview with “Zolak & Bertrand” immediately after sharing his report.

“Your guess is as good as mine,” Giardi replied when asked what the new report means. “Look, as I reported a couple of days ago, he was seeking a second opinion. The only thing I can gather from this is the second opinion was incredibly positive.”

“He’s a tough kid, and hes’ going to do whatever it takes to try to play,” Giardi added. “Now again, we’ll see if he’s out of practice. We’ll see what this looks like.

“I’m about surprised as you guys are,” Giardi added.

Update: Jones was not at Patriots practice on Thursday.

The 24-year-old sustained the injury near the end of the Patriots’ loss to the Ravens in Week 3. 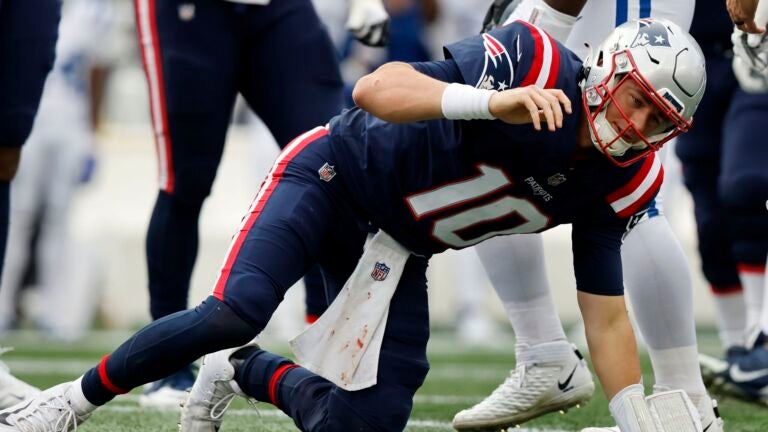