Patriots receiver Tyquan Thornton returned to practice on Wednesday. He was spotted wearing a hooded sweatshirt with the Patriots’ logo on it and participating in drills.

According to multiple reports, Thornton’s return starts the clock on the 21 day period the Patriots have to activate him. If he is not activated during that time, he must return to injured reserve for the rest of the season.

Thornton’s stint on injured reserve began on Sept. 1. The second-round pick from Baylor is recovering from a broken collarbone.

The expectation at the time of the injury was for Thornton to be out 6 to 8 weeks. He’s been out a little more than a month and missed four games so far.

The speedy receiver ran the third-fastest 40-yard dash time at the 2022 NFL Combine and had a solid preseason before getting hurt.

When he returns, he’ll be a welcome addition to a team that is adjusting to playing without Mac Jones.

Bill Belichick didn’t offer any major updates to Jones’s status on Wednesday. Jones attended practice and participated in some drills. Jones has a high-ankle sprain that is expected to cause him to miss multiple games.

The Patriots only threw the ball 21 times in Sunday’s loss to the Packers with rookie quarterback Bailey Zappe in for Jones. But, the more run-heavy approach did open up some screens and play actions. Having a deep threat with Thornton’s speed out there could add another dimension to the offense when New England throws the ball.

The Patriots practiced indoors and without pads on Wednesday. Still, it was an opportunity to see Thornton run some routes and catch a few passes. 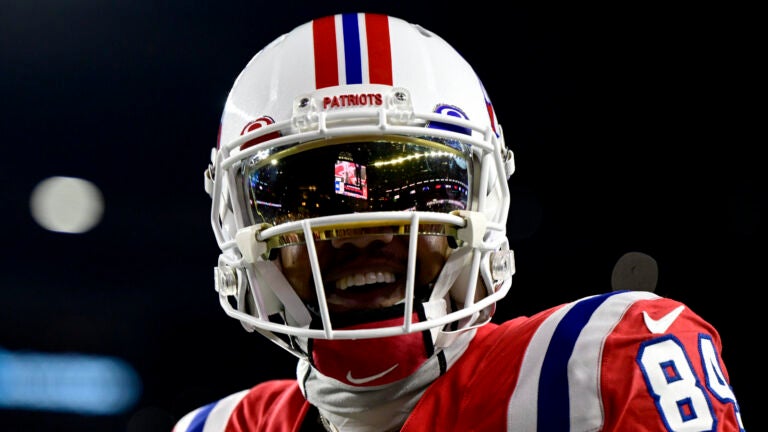