FOXBOROUGH, Mass. (AP) — Four days after Bailey Zappe made his NFL debut, the rookie Patriots quarterback responded like a veteran when asked whether he expects to make his first start this week.

“If that’s what happens, that happens,” Zappe said Wednesday. “That’s (for) coach (Bill) Belichick. That’s a question for him. I’m not going to get into those details.”

Zappe’s coyness aside, things seemed to be trending in that direction as New England began preparing to host Detroit.

Zappe was pressed into service in the second quarter of the Patriots’ loss at Green Bay last week after Brian Hoyer was knocked out of the game with a concussion. Hoyer had started in place of Mac Jones, who has an ankle injury.

Hoyer is in the concussion protocol and sat out Wednesday’s practice. Jones was listed as a limited participant, had both ankles wrapped tightly and moved with a slight limp as he tossed passes.

For Jones, that’s progress from last week, when he appeared at the Patriots’ final practice but was inactive for the game.

Belichick said the coaching staff is still in a “day-to-day” mode regarding who will start this week. He acknowledged Zappe will benefit from having extra practice time.

“He had the whole week for preparation last week,” Belichick said. “In terms of preparation — like snaps, we’ll see. We’ll see how it goes.”

In the meantime, Zappe said he is leaning on the relationships he’s been building with teammates since he was drafted. That includes Jones, whom he said has been a good resource.

“They’ve been good,” Zappe said. “He’s been very helpful. Same for me, I’ve been doing everything I can to try and help him out with everything going on. We’re just trying to be the best for the team.”

Zappe is still adjusting to taking snaps under center, something he didn’t do much in Western Kentucky’s shotgun-based system.

Lions coach Dan Campbell coached Zappe during the 2022 Senior Bowl and said he exhibited same kind of poise then that he did coming off the bench last week for the Patriots.

“I thought they did a good job with him of just trying to get him settled in and being smart and not putting him in a bind, continue to run the football, do things to get the ball out, and then a little play-action,” Campbell said.

Zappe said the lessons he learned just from being on the field last week are immeasurable.

“There’s a lot of things,” he said. “There are some things that I’ve learned from just my fundamentals. Being able to calm myself down and just continuing to focus on my job and what my job is at the end.”

NOTES: The Patriots signed veteran tackle Marcus Cannon to the 53-man roster Wednesday, a week after adding him to the practice squad. Cannon was promoted to the active roster for the Packers game and appeared in 43% of the offensive snaps. … Defensive lineman Lawrence Guy (shoulder), defensive lineman DaMarcus Mitchell (concussion) and tight end Jonnu Smith (ankle) all sat out Wednesday. 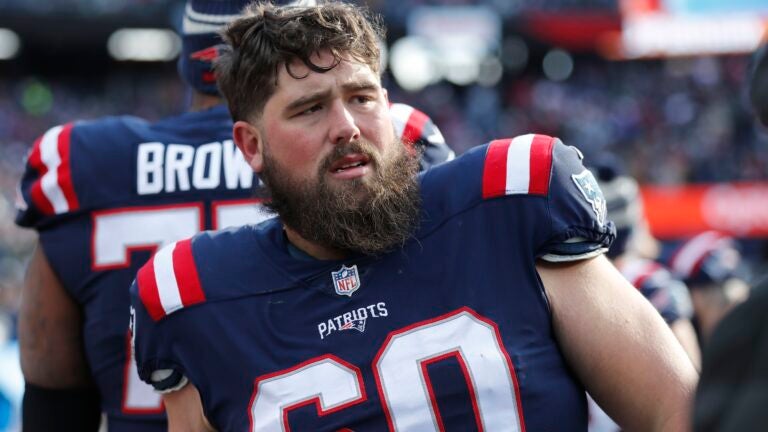 David Andrews is reportedly 'ready to go' for Bills game