The NFL’s No. 1 offense, in terms of yards and points per game, is coming to Foxborough on Sunday.

The Detroit Lions, as Patriots head coach Bill Belichick described them this week, are explosive, aggressive, and interesting.

So, with all that offensive firepower, why are they still 1-3 just like the Patriots?

Detroit’s defense has given up more yards and points than any other team in the league. They’re scoring 35 points a game, but they’re giving up 35.3.

That might bode well for a New England offense that was able to establish the run against Green Bay and execute enough passing plays to take the Packers to overtime with rookie Bailey Zappe filling in at quarterback.

Containing Detroit’s pass rush and preventing another quarterback injury from happening for the third week in a row will be important. Especially since the Lions just spent the No. 2 pick in the draft on Aidan Hutchinson, a 6-foot-7, 264 pound defensive-end who already has a three-sack game under his belt.

Here are five players to watch on Sunday when the Lions head to Foxborough.

Hutchinson has showed he can dominate a bad offensive line, posting three sacks against Washington in the Lions’ lone win.

But those are his only sacks of the season, and three of Detroit’s seven total team sacks in four games.

The Patriots’ offensive line has had some serious lapses this season, at times allowing defenders to come in unblocked and lay cringe-worthy hits on New England’s quarterbacks.

With two injured quarterbacks and one coming off of being sacked three times last week, it will be interesting to see how Hutchinson fares.

Hockenson missed practice on Wednesday with a hip injury.

He played through the injury last week against Seattle, hauling in 8 catches on 12 targets for 179 yards and a pair of touchdowns, including one that went 81 yards.

The performance broke Jim Gibbons’s record for most receiving yards in a game for a Lions tight end.

The fourth-year tight end is Detroit’s leading receiver this season. The last time the Patriots faced a Pro Bowl tight-end, Baltimore’s Mark Andrews grabbed a pair of touchdown catches in a 37-26 Ravens victory.

Goff threw for 378 yards with four touchdowns against one interception with a 121.5 rating and the Lions still lost last week against Seattle.

That pretty much sums up how Detroit’s season has gone so far. Big numbers for Goff, lots of points on the board, and a disappointing loss in the end because the defense gets shredded.

Goff, who the Patriots held to three points in Super Bowl LIII, has 11 touchdowns through four games this season.

Bill Belichick said Board is the best special teams player the Patriots will play all year.

The linebacker excels at chasing down kick returners.

He made his name as a special teams ace in Baltimore and is continuing that success with Detroit.

Kennedy, a former pro lacrosse player who converted to wide receiver, was added to Detroit’s active roster this week.

He played college lacrosse in Rhode Island, at Bryant University, and was drafted by the Boston Cannons in 2018. After playing six games with the Cannons, Kennedy returned to Bryant as a graduate student and gave football another shot.

He signed with the Lions as an undrafted free agent in 2019. 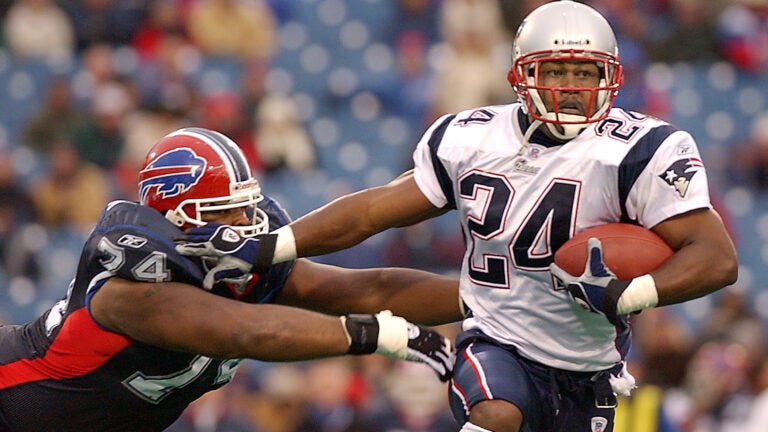