Jakobi Meyers has had quite the rise from being an undrafted free agent in 2019 to where he is in 2022.

Meyers been playing even better to start the 2022 season. Through four games, he’s recorded 24 receptions for 321 yards and a touchdown, proving to be a dependable target for Mac Jones and rookie Bailey Zappe.

Advanced metrics show Meyers’ start to the season is even more impressive. Meyers ranks as one of the best in the league in creating over a yard of separation on passing plays. A receiver tracking metric chart recently shared by ESPN’s Seth Walder showed that Meyers has been one of the league’s best receivers in getting open and making receptions.

The praise for Meyers doesn’t end there. Former NFL quarterback-turned-ESPN NFL analyst Dan Orlovsky said Meyers belongs in the conversation for one of the best route runners in the NFL right now.

“Now, the reason why he’s become one of the best route runners we have in the league right now is he’s kind of telling a different story all the time,” Orlovsky said in a Twitter video breaking down Meyers’ highlights from the Patriots’ Week 6 win over the Browns. “… You’re talking about a guy that is having, creating the ability to get himself open.”

A 27-yard reception Meyers made in the win against the Browns even led Orlovsky to say: “that doesn’t happen in the league, to get wide open like that.”

Meyers’s ascension is not only remarkable when you consider that he was an undrafted free agent, but he was also a quarterback until his second year in college.

Meyers shared what’s helped him improve so much in a relatively short time.

“My failures,” Meyers said. “I feel like I’ve lost a lot of reps. A lot of reps guys haven’t seen or a lot of reps in my head where I probably would’ve done this and seen somebody else do it and it didn’t work.

“All the failures I’ve kind have went through and all the tough times and it came through on the backend. It kind of came to fruition, all the things I thought I could do. Just learning from every rep I take makes me a better player.”

Meyers also ranks sixth in frequency to creating separation against man coverage, per Pro Football Focus. Even though Meyers has made tremendous strides this season, he realized he still has some work to do.

Meyers will look to continue what might be a career year on Monday against the Chicago Bears, where he might be teamed up with Mac Jones again after the starting quarterback missed the last three games due to an ankle injury. 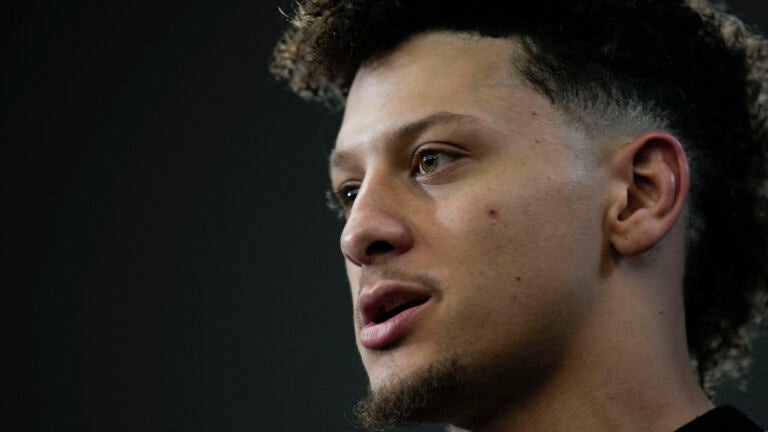 Chiefs' Mahomes to practice as usual on sprained ankle