It was a poor display from New England, with setbacks in all three phases of the game and yet another loss against Josh Allen and Buffalo.

The Patriots will look to regroup against the Cardinals on Monday Night Football (Dec. 12).

It was a tough night for Mac Jones.

Coming off his most statistically impressive game of the season in the Thanksgiving loss to the Lions, Mac Jones might have hoped to compete a little more directly with Bills counterpart Josh Allen.

In the end, it was a forgettable performance from the second-year quarterback. Completing 22 of 36 passes for just 195 yards and one touchdown, Jones was far from the requisite brilliance required to keep up with Allen.

Granted, Jones is simply the most visible figure of an offense that has struggled on multiple levels (including coaching). There were a number of factors that led to his bad game, but even on plays where he was able to scramble and create time to throw, Jones’s decision making proved to be poor.

He was lucky that a would-be interception thrown to Bills safety Jordan Poyer on the sidelines was eventually ruled incomplete.

New England remains in search of a true offensive identity.

The offensive line couldn’t hold up.

It wasn’t an official statistical disaster — the Bills didn’t record a sack until the fourth quarter when the game was all but out of reach — but the Patriots’ offensive line had a night to forget alongside Jones.

Yet even the return of center David Andrews couldn’t inspire more consistent results. Jones was often left running to avoid a sack (hardly his ideal setup).

An inability to pass protect, somewhat of a theme for much of the 2022 season, resulted in the Patriots going 3-12 on third downs.

The Bills’ offense is a juggernaut.

Conversely, the Bills’ offense went 9-15 on third down, and was 3-3 in the red zone. Though the Patriots were actually able to make Buffalo punt for the first time in multiple games (three punts by game’s end), it didn’t change the outcome as the Bills remained noticeably dominant.

Buffalo’s efficiency enabled its offense to simply keep the ball for much of the game. The Bills emerged as clear victors in the time of possession: 37:35 to the Patriots’ 21:52.

In the passing game, New England defensive backs couldn’t keep up with opposing receivers. Stefon Diggs, in particular, was a force. He caught seven of nine targets for 92 yards receiving and a touchdown.

And even if the Patriots could account for everyone else, there was still Allen himself. The fantastically talented quarterback shook off linebacker Mack Wilson’s attempted tackle on third and goal in the second quarter before zipping a touchdown pass to Gabriel Davis on a very difficult throw.

Josh Uche once again stepped up.

While it came in a loss, pass-rusher Josh Uche continued what has been an excellent recent run.

Since Oct. 30, Uche has posted seven sacks in five games. He recorded two of those against Allen on Thursday. Though Bills starting offensive tackle Dion Dawkins was out, Uche’s achievements shouldn’t be discounted.

The 2020 second-round pick has been locked in over the last month, even forcing a turnover against the Bills during the second quarter.

Uche’s production could prove to be vital for New England during the playoff chase.

Marcus Jones remains electric with the ball in his hands.

Other than some characteristically impressive Rhamondre Stevenson runs, the Patriots’ lone bright spot on offense on Thursday came from a defensive player.

Marcus Jones, whose punt return against the Jets a few weeks ago helped propel New England to a win, was once again a spark on Thursday. Surprisingly inserted in the offense on the Patriots’ second drive, Jones lined up in the slot and caught a pass near the line of scrimmage.

The 24-year-old sprinted into the open field and wasn’t caught. His 48-yard touchdown gave the Patriots their only lead all night.

Whether or not Jones can be consistently involved with the offense remains to be seen, but his explosiveness was a welcome sight for a unit that has too often become bogged down. 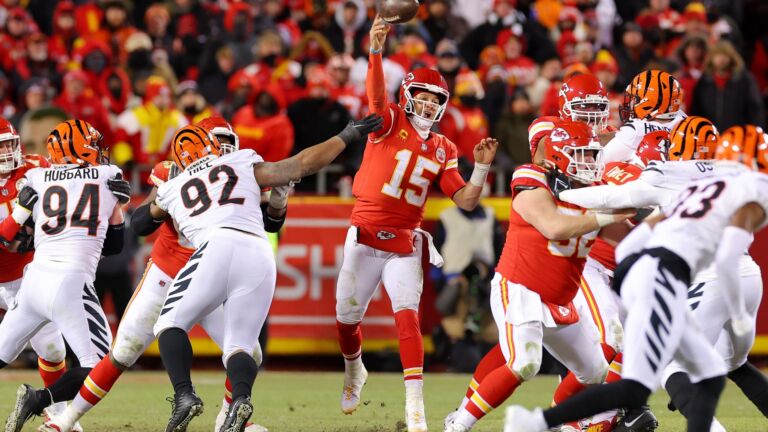