While live sporting events have ground to a halt as the world confronts the coronavirus pandemic, creative alternatives are being called upon to help fill the void.

Among the more common substitutes have been esports and simulated games. Given the need for social distancing, simulation has provided fans with a safe opportunity to satiate their thirst for sports.

Two Massachusetts-based examples have been at the forefront of the growing trend.

One has been iRacing, a racing simulation company based in Chelmsford that’s partnered with NASCAR for more than a decade. Yet starting Sunday at 1:30 p.m., iRacing will be given an elevated platform. The newly launched eNASCAR iRacing Pro Invitational Series will get underway on FS1, filling the television slot previously occupied by an actual auto racing event.

It will be an authentic experience, as a field of NASCAR drivers like Dale Earnhardt Jr., Kyle Busch, and Denny Hamlin will be behind the wheel of individual cars in the simulated race. A regular FOX broadcasting crew of Jeff Gordon, Mike Joy, and Larry McReynolds will call the race on television. It’s provided an intriguing answer to the question of what NASCAR would do with hours of unfilled television time.

“You could run an old race, or you could run a virtual race on a platform that drivers are already using,” explained NASCAR managing director Scott Warfield. “You put real commentators towards it, and you can broadcast it to the world when everyone’s looking for a distraction and a return to normalcy.”

The effort has been almost around-the-clock for iRacing, which was co-founded by Dave Kaemmer and John Henry, who also owns Boston Globe Media Partners and is a co-owner of the Roush Fenway Racing team.

“Since Friday of last week we’ve been working 20-hour days with their broadcast team to connect our broadcast room up here in Chelmsford to their Charlotte [North Carolina] studio where they’re going to have all the talent and everyone doing the TV portions of the show,” said iRacing executive producer Steve Myers. “But the digital broadcast, everything that’s going on the racetrack will be coming out of here at our office.”

NASCAR is not the only sports organization that’s sought a replacement for its regularly scheduled events.

In Foxborough, the New England Revolution were left reeling along with the rest of Major League Soccer when the season was suspended on March 12. With the postponement of the club’s match against the Portland Timbers that Sunday, New England’s digital team acted quickly to provide fans with something else to enjoy during that time.

The Revolution digital team had a quick solution: They decided to stream a FIFA 20 simulation of the Portland game during the time when the real match would have been played. It proved successful, totaling more than 50,000 viewers.

“I think in a vacuum, a FIFA 20 stream of that Portland-New England game on its own isn’t all that interesting,” said Lemieux. “I think what was the driving force behind it was to stream it live on Sunday afternoon and kind of make it this communal thing for people of when you were supposed to be at Gillette Stadium watching the Revs and Timbers kick off, we’ll do something at that time and we’ll provide something for everybody to do together at that moment.”

It helped that the match finished in a thrilling 4-4 draw that included multiple stoppage-time goals and a missed penalty kick. Lemieux said the club would like to keep running simulations in place of its postponed matches, and is working to make that happen.

Outside of New England, other teams and media outlets have pursued a similar strategy. CBS Los Angeles aired an NBA 2K simulation of a Lakers-Nuggets game that was postponed, and NBC Sports Washington plans to show one hour simulations of Capitals and Wizards games during previously scheduled times.

While some fans might be skeptical about the entertainment possibilities of virtual sports, the increasingly complex artificial intelligence and advanced graphics of games and simulations might be a pleasant surprise.

“What’s going to be really great on Sunday is somebody is going to turn to FS1 with this race on and they’re going to sit down and somebody’s going to walk in and say, ‘I thought all the racing was canceled?’” Myers explained. “Because it’s going to look so real to them, and it’s going to feel so familiar.” 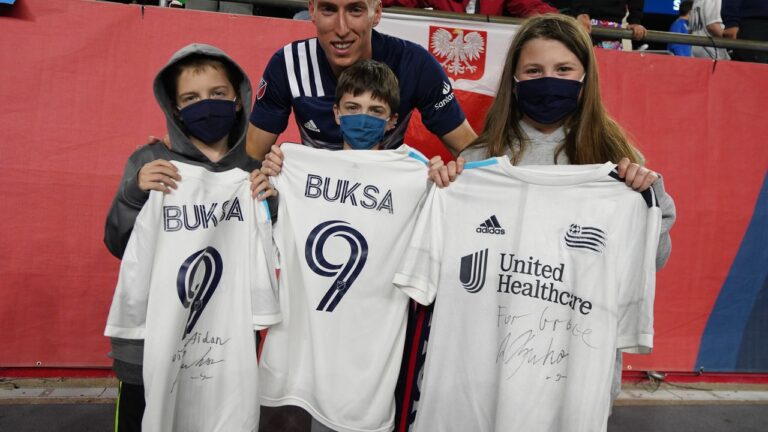