In 2019, Carles Gil was everywhere. The Spanish midfielder started every game and played all but eight minutes of his debut season in Major League Soccer, leading the Revolution in both goals and assists. He was named MLS Newcomer of the Year and was instrumental in New England reaching the playoffs for the first time since 2015.

So far, 2020 has been a different story. Gil, 27, was limited by a foot injury throughout preseason, and the lingering issue kept him out of the first two Revolution games in the new season (New England went 0-1-1 without him).

Then came the league’s postponement due to COVID-19 on March 12. Like everything else affected by the pandemic, the ramifications for MLS have been drastic and unprecedented. No games, no practices, and no in-person contact for players so used to spending months of the season close together.

For Gil, the situation has been especially difficult. A native of Valencia, his family and girlfriend are still in Spain. But because MLS asked that players remain close to their teams in case the season can resume, he hasn’t been able to travel home since the lockdown began.

Spain has been hit hard by COVID-19, and was one of the first European countries to see a major spike in cases at the outset of the pandemic.

“Luckily everything’s going well with my family,” said Gil in a recent interview. “Everyone’s healthy and safe. Naturally it’s a little scary, the situation is tough, but I’ve stayed in touch with them and everything’s good.”

“A lot of what I do is spend time talking with my family, a lot of video chat with my girlfriend,” Gil said of his quarantine routine.

The other dominant part of his day is training, which he can do indoors.

“The club has sent us some materials, a couple weights and things like that that have worked well for me,” said Gil. “I have a personal trainer from Spain that I try to work with every morning and some afternoons.”

He doesn’t have a Playstation, so video games like FIFA — a favorite among some of his teammates — hasn’t been an option. And while he admitted he watches his fair share of movies and television shows, the Revolution captain seems intent on hitting the ground running as soon as he’s allowed to return to the field.

“We’re all eager to get started, even more so with my situation because I missed the first two games of the season,” Gil noted. “I think it’s an important season for the team and the club and hopefully when we do get out there, we’ll be as ready as possible to get it rolling.”

Coming into the 2020 season, optimism permeated New England in a way that hadn’t existed in years. After a slow start in 2019, Bruce Arena — a five-time MLS Cup champion — was brought in as head coach and sporting director. He helped turn the season around, orchestrating new signings and restoring morale.

A playoff appearance at the end of 2019 was a culmination of a saved season, since the Revolution had been at the bottom of the Eastern Conference when Arena was appointed. In the offseason heading into 2020, more additions were made and the club appeared poised for a strong season.

Gil was supposed to be the centerpiece of the resurgent Revolution, but the foot injury kept him out of the first two games. It was only when he was beginning to return to training that everything was put on hold.

“I started the season with a foot injury and that kind of went on a little longer than I envisioned it would,” said Gil. “But right before they postponed the season, I was training with the team and that all went well. If things were to pick up now, I think I’d be back out there.”

A Revolution statement from early May said that the team is “working towards a plan” to allow players access to the club’s outdoor facilities for individual workouts. It could be the first step in a return to training, and eventually to games.

Exactly what a season return would look like is still to be determined. It will undoubtedly mean no fans, and possibly games at neutral site venues. Gil misses the New England fans who embraced him so warmly in 2019. But as someone whose life straddles two countries heavily hit by COVID-19, he knows safety is the top priority.

“It’s a complicated situation,” Gil explained. “We like to play in front of our fans, it’s important in soccer and we play for them. It’s an important aspect of the club, but right now we have to accept the situation that we’re in and that’s what we need to do to stay healthy and safe.” 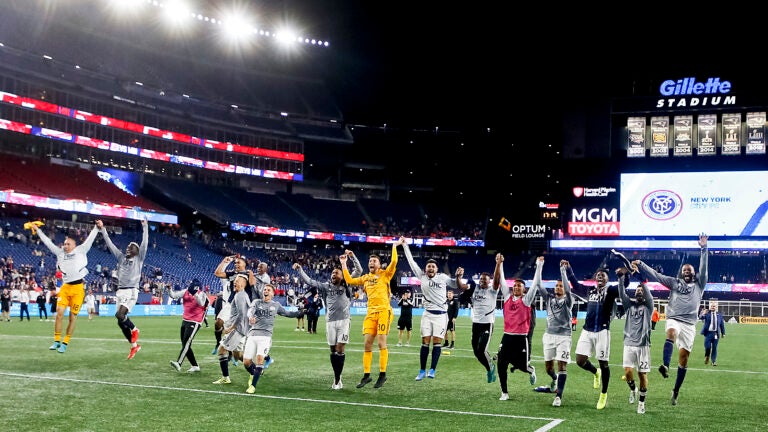 MLS looking at having all teams play in Orlando