Before the MLS is Back Tournament began in July, oddsmakers found common ground in dismissing the chances of both Orlando City and the Portland Timbers.

Across the spectrum of pre-tournament picks, the two clubs were universally seen as long shots at best. One online betting site had Orlando listed as a 50-to-1 shot to win the tournament. Portland was ranked no better than 20-to-1, well outside of the top ten.

Yet after nearly a month of games, Orlando and Portland are the only two teams remaining, and will face off in the final on Tuesday, Aug. 11. It’s a matchup that’s both thoroughly fitting and unexpected.

In an unprecedented tournament amid a global pandemic, there were more than a few observers doubting whether the league would be able to pull off a month-long competition, even one ensconced in a bubble. Two teams, FC Dallas and Nashville SC, were forced to withdraw at the outset due to several players testing positive for COVID-19.

MLS persevered, and hasn’t recorded a positive test in weeks. Teams settled in and have delivered an entertaining knockout round.

In this same spirit, few experts would have predicted either Orlando or Portland to achieve much beyond the group stage. But not unlike the league itself, both teams have found a way to keep going. Tuesday’s final promises to be a thriller.

Here are a few other takeaways from the past week:

· Carles Gil’s injury will affect the team’s possible restart: Revolution fans had cause for concern in the team’s second game of the tournament when playmaking midfielder Carles Gil exited in the second half with a foot injury.

New England head coach Bruce Arena later confirmed it was a recurrence of the same injury Gil had battled in preseason, which kept the Spaniard from playing in either of the Revolution’s first two games in March.

On Thursday, the Revolution released news that Gil had opted for surgery, revealing more about the injury.

According to a team statement, Gil “underwent successful surgery to debride his left Achilles tendon.” The expected recovery time is three to five months.

This is obviously bad news for the Revolution in 2020, should the regular season resume. Gil is usually at the heart of any Revolution passing move and goal-scoring opportunity. Replacing him will prove extremely difficult, and potentially impossible. Still, the team’s hope is that by electing for surgery, Gil can avoid longer term issues with the injury.

· Nani was at his best in Orlando’s semifinal win: It may already feel like an eternity ago that Portuguese winger Nani was given the captain’s armband by Cristiano Ronaldo himself when the superstar was forced off the field in the Euro 2016 final due to injury.

In that game, Nani — who had already delivered several excellent performances to help his country reach the final against hosts France — shouldered the burden of Ronaldo’s departure along with the rest of his fellow countrymen. They pulled off an underdog win, lifting the trophy of the European Championship with an improbable 1-0 victory.

Flashing forward to 2020, Nani is once again at the heart of a tournament run that’s upsetting the odds. In Thursday’s 3-1 semifinal win over Minnesota United, the 33-year-old set the tone for his team. He scored twice in the first half, the second of which — a curling shot from outside the box — is a candidate for goal of the tournament.

· What comes next? As MLS begins to look beyond the tournament, it continues to see uncertainty. Prior to the start of the Disney World bubble in Florida, commissioner Don Garber had explained that the league intended to develop a plan to resume the regular season “at a later date.”

Since then, the contrast between U.S. leagues playing in bubbles and those not has become pronounced. MLS and the NBA, after experiencing early issues, have so far been able to move forward despite the State of Florida’s July spike in COVID-19 cases.

Major League Baseball, on the other hand, has run into multiple problems in its attempt to travel and play in home markets without fans. It’s provided a glimpse at the challenges of what post-bubble life might be for MLS, or any sports league that attempts to do the same.

While MLS still hasn’t released its plan to resume the season following the tournament, Garber alluded to it in a recent interview with Fox Sports.

Whether Gillette Stadium will be a place that allows a reduced number of fans remains to be seen. What appears to be clear is that Revolution supporters won’t be kept waiting too much longer once the tournament concludes. 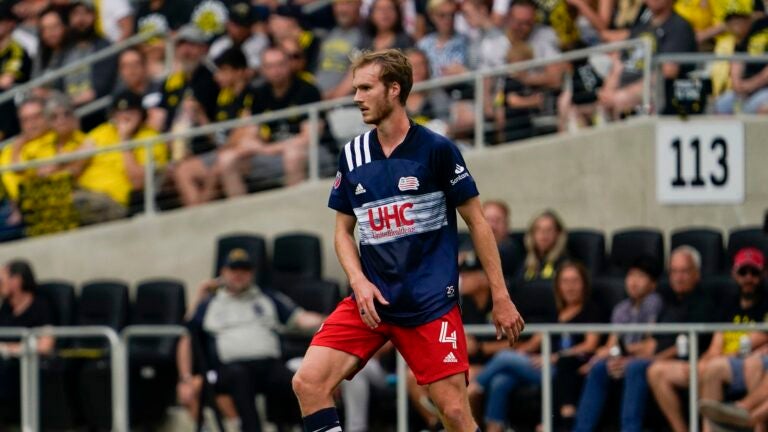