The Revolution have allowed just one goal since the 11th minute of their season opener, a product of communication and teamwork between the central midfielders, defenders, and goalkeeper Matt Turner.

As the Revolution prepare for a tough two-game trip to face Nashville (Saturday, 1:30 p.m.) and Philadelphia (Wednesday, 7:30 p.m.), coach Bruce Arena said his defense and the play of midfielders Matt Polster and Brazilian national Lucas Maciel have been essential during New England’s hot start.

“They know how to cover for each other defensively,” Arena said of the chemistry between Polster and Maciel, who first started playing together with the Revs II team in the summer of 2020 while the first team was competing in the MLS is Back tournament.

“They know how to play off each other. They have to communicate and understand when you need to adjust your positions in that part of the field, so they’ve built that chemistry. Also, the center backs [Henry Kessler and Andrew Farrell] have done a good job communicating. It’s a group of players that has done extremely well in that regard.”

After allowing two goals in the opening minutes at Chicago on April 17, the Revolution battled for a draw. They then defeated D.C. United and Atlanta United.

Now in his sixth year with the Revs, Turner has saved nine of 12 shots on net and has only been beaten on a penalty kick over the past two games. Communication from Turner through the spine of the defense has been key in limiting opportunities for the opposition.

“Matt sees everything,” said Kessler. “He sees the whole field and his communication is really important getting us in the right spots if there’s something we don’t see. Then Andrew and I [are] directing everyone in front of us as well … It’s really important to have that spine, especially defensively.”

With their next three games coming against teams that were in the MLS playoffs last season, the Revolution will have to remain disciplined defensively. Saturday’s matchup at Nashville, Wednesday’s game at Philadelphia, and a May 16 home game against MLS champion Columbus could all be physical, low-scoring battles.

In order to break down those teams, Polster and Maciel will have to continue defending at a high level, while also helping the Revolution change ends and set up offensive stars Carles Gil, Gustavo Bou, and Adam Buksa.

“I think the role of the six and eight, the two midfielders, is to win the ball and play it forward as quickly as possible,” said Polster, who signed with New England last July after a stint with Scottish Premiership club Rangers.

“We want to achieve a lot with this group. I think we have a lot of really good pieces. We’re a really good team right now, and obviously it’s still early, so we need to go this weekend and get three points away from home. We’ve shown we can win games at home, now we need to do it away from home.” 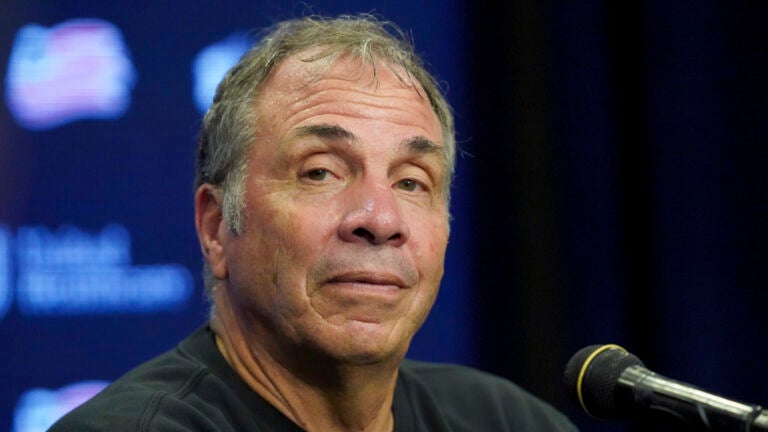