FOXBOROUGH – After Bruce Arena was informed he had been named Major League Soccer Coach of the Year last week, he addressed the Revolution at practice.

“They don’t give those awards to coaches of poor teams,” Arena told the team.

Arena was crediting the players for his success, but Arena deserves credit for the strength of the Revolution roster because he makes the Revolution’s personnel decisions. Since taking over the Revolution in May, 2019, when they had a 3-8-4 record, Arena has guided them to three successive playoff berths, this year setting records and earning a first-round playoff bye. On Tuesday, the Revolution will play an Eastern Conference semifinal against New York City FC.

The Revolution (22-5-7, 73 points) surpassed the league mark for points in winning the Supporters’ Shield for the first time this season, and the league announced on Monday that Arena won the Coach of the Year award for a league-record fourth time, with his third team. Arena broke a tie with Bob Bradley, who was named Coach of the Year for the third time in 2019.

“The players have a lot to do with it, we both have had good teams, and we’ve been recognized for that,” Arena said.

Arena and Bradley have been setting standards since the league began. In 1996, Arena coached D.C. United to the first MLS Cup championship, with Bradley as an assistant. Arena won the first two MLS Cups with D.C. United, lost to Bradley’s Chicago Fire in the 1998 final, then spent eight years with the United States men’s national team, leading it to the 2002 World Cup quarterfinals. Arena won three MLS Cups with the Los Angeles Galaxy, the last in 2014, a 2-1 extra time victory over the Revolution. Arena holds league records for MLS Cup titles (five), playoff wins (35), and Supporters’ Shield titles (four).

This season, Arena equaled the league record of Sigi Schmid, for whom the coach of the year award is named, for career victories with 240. Bradley upped his total to 182, third on the list, then left Los Angeles FC to take over Toronto FC.

When Arena joined the Galaxy in 2008, he quickly revamped the team, starting with central defenders A.J. DeLaGarza, now with the Revolution, and Omar Gonzales. The addition of striker Robbie Keane helped make the difference as the Galaxy won three MLS Cups from 2011-14.

With the Revolution, Arena did not need to rebuild the squad. He retained most of the team’s foundation, bolstering the defense with Henry Kessler, plus holding midfielders Tommy McNamara and Matt Polster, and adding Designated Players Gustavo Bou and Adam Buksa to the forward line. Arena has also been able to coax the best out of young players such as Tajon Buchanan, 22, who has earned a $7 million transfer fee from Club Brugge, effective after the season. Arena has been resourceful, converting DeJuan Jones into one of the better left backs in the league, and adding former Revolution II stars Jon Bell and Lucas Maciel in part-time starting roles.

Arena this season again displayed his reputation as an effective motivator and was seldom outmaneuvered tactically, allowing Revolution players freedom to improvise out of a basic 4-4-2 alignment. The Revolution thrived on Arena’s all-out attacking style, leading the league with 65 goals (1.91 per game), a team record, thanks to the playmaking of Carles Gil (18 assists) and the finishing of Buksa (16 goals), Bou (15 goals), and Buchanan (eight goals).

“It’s good to see we have a nice mix of coaches in the league,” Arena said. “I guess you’d call Bob and I some of the old veterans that were part of the start of the league. There’s the young coaches coming up and there’s the international coaches.”

Those coaches have struggled to match Arena and Bradley, who both spent several years with the US national team, or they might have earned more league coaching honors.

“That’s the opinion of whoever,” Arena said of rating him and Bradley among the top coaches. “I’m sure neither one of us care about anyone’s rankings. It doesn’t matter – we’ll be focused on our jobs.” 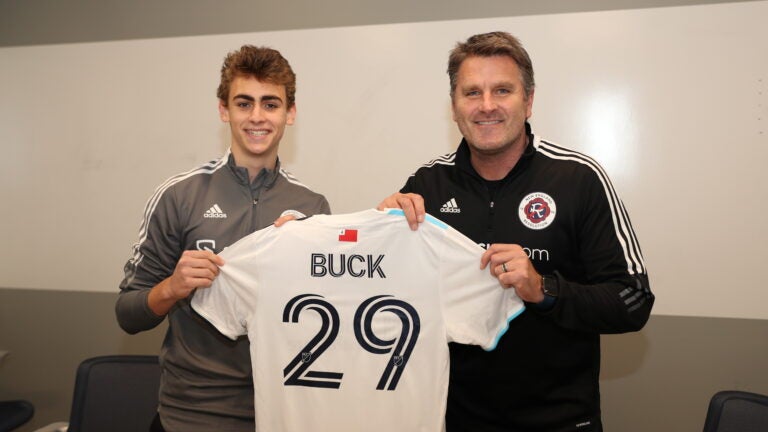