This year’s class of honorees is a particularly loquacious one, with accomplished talkers David Ortiz, Mike Milbury, and Kevin McHale among the legendary Boston sports figures to be feted at the 20th anniversary gala Wednesday night at TD Garden.

Taylor Twellman, who remains the Revolution’s all-time leading goal scorer 12 years after concussions prematurely ended his career, also is among the six athletes who will be honored, along with four-time women’s hockey Olympian Angela Ruggiero and former Patriots tight end Ben Coates.

Count Twellman, who joined ESPN in 2011 and is currently their lead soccer analyst, among those who not only played a good game, but is happy to talk one.

“Oh, I’ll find a way to get a word in. You know me,’’ he said with a laugh. “Actually, I have a feeling that they’re going to start the show with me. If they put me after Ortiz, McHale, Ruggiero, Ben Coates, and Milbury, nobody is going to stay around for me at the end.”

Twellman can kid about it, but there’s no doubt he belongs in such company. He starred for the Revolution from 2002 until his retirement at age 29 in 2009, scoring a franchise-record 101 goals, making five All-Star teams, and winning the 2005 MLS Most Valuable Player award. Though they are still seeking their first championship, the Revolution made four of their five MLS Cup Final appearances during his career.

He will be just the second male soccer player to be honored at The Tradition, which raises funds for the Boston Sports Museum. Alexi Lalas is the other. Julie Foudy and Kristine Lilly are the two female players who have been honored.

“I’ve been to The Tradition probably five times before, and it’s a really cool event,’’ said Twellman. “It’s kind of weird to be one of the people being honored. I feel like someone must have lost a bet or something.”

Twellman said one of the satisfactions that comes from being part of the event is having the opportunity to acknowledge the accomplishments of some of the Revolution teams he played for.

“Getting this recognition is a reminder of how good the team I played on for five or six years was,’’ he said. “It’s a shame we never won one. And of course, the Revolution just had an amazing season, and it’s good to keep that in fans’ consciousness.”

Immediately following Wednesday’s ceremony, Twellman will depart for Oregon to begin preparing for his duties as color commentator on the Portland Timbers-vs.-NYC FC MLS Cup match, which airs Saturday at 3 p.m. on ABC.

“I was in the building for that. That was one of the more electric atmospheres we’ve ever had at Gillette Stadium for a Revolution game. It had a real edge to it. So it was disappointing to say the least that it ended that way. Part of the conversation is always going to be that [the Revolution] had 23 days off, but that’s part of the playoff issue, so to speak, because when you’re trying to do it around the international breaks of World Cup qualifiers, this is what happens.

“It was a really successful season. There was so much that was great about it, playing in front of the fans again, Carles Gil [who was named league MVP Tuesday] having one of the best seasons in MLS history. But anyone who says the ending wasn’t disappointing, I think they’re lying to you.”

The Revolution seemed to resonate this season, especially during the anticipation of the match with NYC FC, with Boston sports fans who may have been casual or even dismissive about MLS in the past. Twellman acknowledged that there will be roster changes — star midfielder Tajon Buchanan’s transfer to Club Brugge in Belgium at season’s end was announced in August — but said it’s imperative that the franchise keeps the momentum that it built this season.

“When I was playing, we’d get written about when the MLS Cup came around, and then we would go away,’’ said Twellman. “And then when we lost our third one and then our fourth one, we were known as the Buffalo Bills because we couldn’t get over the hump. And then there was that seven-year period or so when they were just completely anonymous.

“And so this year really got it jump-started. And I think next year is the most important year. I really do. You can’t take the momentum of this year and go back to where you were. You need to be fighting for the No. 1 seed in the East and ultimately, getting revenge in the playoffs.”

Twellman saluted the Kraft family, which owns the team, for committing resources to the Revolution, including building a $35 million practice facility. He said the best way for the franchise to build its following even more is to build a soccer-specific stadium in downtown Boston.

“The only way it changes for good and they remain at Gillette Stadium is that they consistently win at the level that they won at this year,’’ he said. “The way to fully maximize the interest and this climate is to get their own place.

“In my time at ESPN, you can see the trajectory of interest around soccer. Some of it is just that the younger working professional is just more interested in that than some of the other sports. That’s what’s changed. The crowd is younger, and corporations want that demographic, so now they’re leaning toward soccer sponsorships and all that. A stadium that’s walkable for fans downtown would be huge.

“Imagine,’’ he said, “being able to go to a Revolution game and a Red Sox game on the same summer day, just walking from one to the other. That would be such a cool thing.” 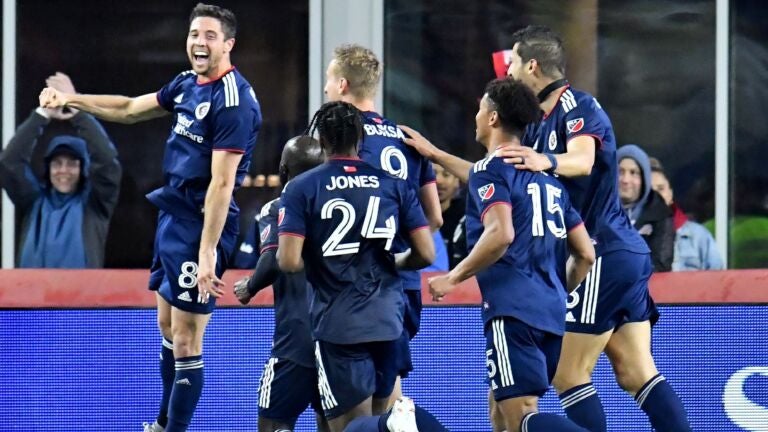