In the seven months since clinching the first Supporters’ Shield in club history amid the greatest regular season ever produced in Major League Soccer, the Revolution have had to confront some difficult decisions.

New England head coach Bruce Arena, having built a deep and talented roster for the 2021 run, watched several of his best players depart for Europe (soccer’s biggest stage at the club level). It was, to an extent, an inevitability.

Winger Tajon Buchanan, forward Adam Buksa, and goalkeeper Matt Turner were pillars of New England’s success a year ago. Each originated from a different country, arriving in Foxborough under different circumstances. But in their time under Arena, the common thread was that each player made major leaps in development, eventually attracting the irresistible offers to go play overseas.

Compared with local teams in other sports, the Revolution have to contend with the largely unique problem of competing for talent with clubs around the world, some of whom possess bigger budgets and more prestige. So while the Celtics can be reasonably confident of retaining the core of a young roster, the Revolution must constantly plan for a future that may not include the club’s current slate of stars.

Still, the recent pace of change has been especially difficult. The 2022 season has reflected that, even with Buksa playing many of the early games prior to his $10 million transfer to French club RC Lens. A disappointment in the CONCACAF Champions League in March — in which New England squandered a 3-0 first leg lead against Mexican side Pumas in the quarterfinals — was compounded by key injuries and inconsistency in MLS league games.

Beginning with a shocking second half collapse against Real Salt Lake on March 12, Arena’s team lost six of seven (including the Champions League defeat in Mexico City). It was by far the worst stretch of Arena’s tenure in New England, punctuated by a bevy of late goals surrendered by a disorganized defense.

Beset by an early season crisis, the Revolution have managed to summon a response. Since the 3-2 loss to D.C. United on April 23, New England has rediscovered its form in league games. Other than a U.S. Open Cup defeat to New York City FC in May, the Revolution have put together an eight-game unbeaten run.

Asked in a recent press conference about the team’s character, Arena praised his team’s solidarity.

“I think for the most part over the two-and-a-half years, that’s been a characteristic of our team,” he explained. “They play a good, hard 90 minutes game-in and game-out. Obviously, no game is perfect, but they deal with the highs and the lows pretty well. They’re a good group of guys and they play well together as a team.”

And while it hasn’t exactly been a dominant run — four draws, with three of the four wins coming by just a one-goal margin — it’s been the kind of response to adversity that could prove to be season-saving.

Though more than half of the season remains to be played, New England’s recent run has lifted the team back into playoff position.

In addition, help has arrived in the form of new signings like 22-year-old Serbian goalkeeper Djordje Petrovic, and 20-year-old Colombian winger Dylan Borrero. Each has made early contributions, including Borrero netting his first MLS goal in a recent 2-1 comeback win against Minnesota United.

Other reinforcements could be on the way as well, as the midseason transfer window opens on July 7.

Buksa’s exit created a vacant Designated Player spot on the Revolution’s roster (each team is allowed three). Should New England pursue a bigger money acquisition — alongside existing Designated Player deals for forward Gustavo Bou and midfielder Carles Gil — the team technically has space for the contract under MLS rules.

Yet despite recent comments from former Revolution forward (and ESPN commentator) Taylor Twellman that New England will “100% sign a Designated Player” to specifically replace Buksa at forward, Arena has indicated that he might look to another spot on the field.

“How would he possibly know that?” Arena replied when asked about Twellman’s claim. “That is not an accurate statement.”

“Naturally, we will use the next transfer window to hopefully supplement our roster,” Arena told reporters earlier in June. “There’s a few positions we think we can strengthen. I’m not sure which one or a couple we’ll decide to fill, but we’re actively looking at potential transfer moves for the July window.”

In the interim, the Revolution will look to continue to get results on the field as Arena grapples with the never-ending cycle of player movement in world soccer’s complicated ecosystem. 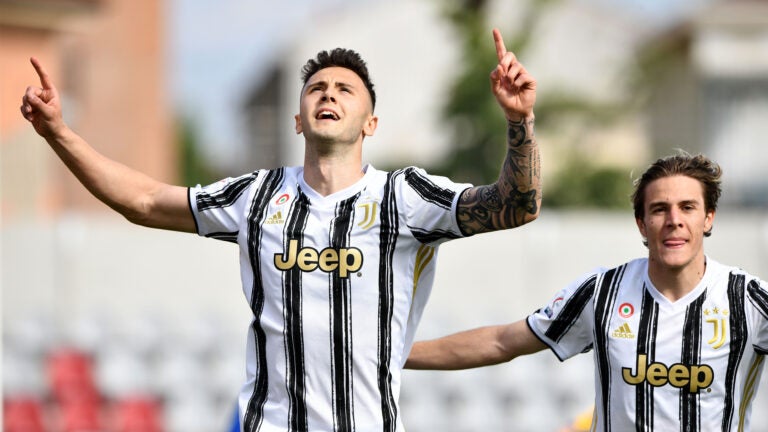