In the span of 48 hours, two events demonstrated what appears to be part of coach and sporting director Bruce Arena’s long-term vision for the Revolution.

The first came on July 3 when the Revolution’s U-19 academy team completed a remarkable run through the MLS NEXT Cup with a 1-0 win over the San Francisco Glens in the final, the first national title in the academy’s history.

The second occurred on July 5 when New England officially announced the signing of forward Giacomo Vrioni from Italian club Juventus to a Designated Player contract.

Both events hint at a higher-level strategy that Arena and Revolution technical director Curt Onalfo have envisioned — and worked to implement — since arriving three years ago.

In essence, the club’s goal is to create a never-ending cycle of player development. With the academy’s victory and the signing of Vrioni, a promising 23-year-old European goal scorer, it appears the strategy is beginning to come to fruition.

Of course, Arena and his staff have been developing younger players since first taking charge. Handed a roster three seasons ago that included an array of former MLS draft picks, the most experienced coach in league history showed he could coax the best out of players who had previously only flashed their potential.

Winger Tajon Buchanan grew from a fringe player — selected ninth overall in the 2019 MLS SuperDraft as a gifted but raw prospect — into one of the most dynamic talents in the league.

The problem for Arena and the Revolution, who face New York City FC on Saturday, is that just in the moment when Buchanan became a game-changer, the larger forces of world soccer economics began taking effect. Sure enough, midway through New England’s historic 2021 regular season, it was announced that the Canadian winger had agreed to join Belgium’s Club Brugge starting in 2022.

The story of Buchanan showed it’s not enough to simply develop a single wave of players. The other half of the process is that New England has to constantly be on the lookout for the next Buchanan, be it in the draft, the academy, or elsewhere.

Speaking to the media earlier this week, Onalfo explained the team’s developmental philosophy by citing 19-year-old Rhode Island native Damian Rivera, an academy graduate who made his first team debut last season and scored his first MLS goal in April.

“At his age, if he is from Uruguay or Argentina, he’s a player that would be purchased in our league for three-to-five million dollars,” said Onalfo. “That’s just the reality of how it is and he’s somebody that has come through our system. So, we just want to keep pushing the bar so that there’s more of those types of players that can break into the first team, be successful, and help win games.

“And in the process, if players get sold, they get sold,” Onalfo added, “but we want to make sure that we’re robust enough that when that does happen, we have the next player that’s here, because anytime you sell a player you have to replace that player and that is not always an easy task.”

Replacing players has been a defining feature of the Revolution’s season so far. The departures of Buchanan, forward Adam Buksa, and goalkeeper Matt Turner produced $24 million in transfer revenue, but no guarantee of future success for the club.

In response, Arena signed young players like 20-year-old winger Dylan Borrero, 22-year-old goalkeeper Djordje Petrovic, and now Vrioni. Borrero and Petrovic have both contributed already, a glaring contrast with veteran offseason signings like center back Omar Gonzalez or forward Jozy Altidore, neither of whom have been particularly productive.

Arena has denied wanting to build a team exclusively of promising young players. He remains committed to trying to win in the short term as well, explaining in a recent press conference that “I don’t believe having three U-22 [Designated Players] is the way to go for our club right now.”

But Arena did say the club’s recent success helping promising players reach their potential has aided his recruiting pitch.

“We can sell them on the fact that we now have a history as a club where we develop players and move players on to Europe if that is their ambition,” he said.

Still, the long game remains to be played regarding the academy players. Despite the recent success in the MLS NEXT Cup, the Revolution have just four Homegrown Players on the senior team’s roster (none of whom are regular starters). For Arena’s vision to truly become a reality, it will take more time, more investment, and much more development. 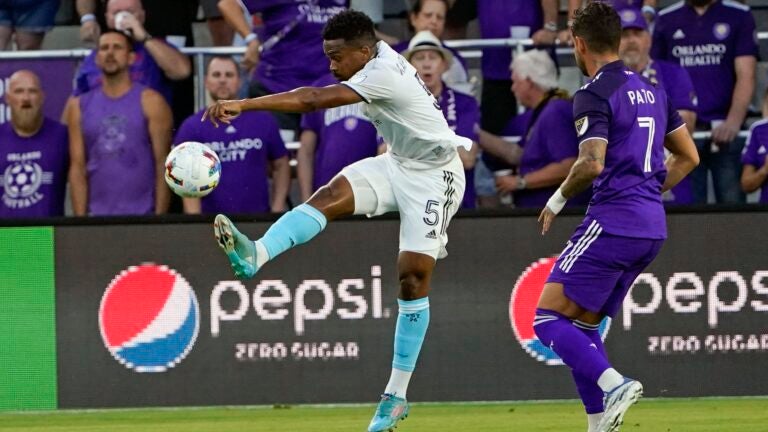