For Giacomo Vrioni, the Revolution’s newly-signed forward, it would’ve been entirely understandable if his first few days in New England were a little overwhelming.

Vrioni, 23, is jumping into a new team in the middle of the MLS season while simultaneously experiencing his first visit to the United States.

“It’s my first time in America to be honest,” he admitted in his introductory press conference on Tuesday. “I like all the places. I like Boston. I’ve been here since Friday, so I started to see a little bit of the city, it’s very nice, and I’m really, really happy to be here.”

But instead of being overwhelmed, it appears Vrioni is settling into his new surroundings. After a few days of training — and a dinner in the North End — he’s already showing flashes of the talent that led New England to sign the former Juventus striker to a Designated Player contract.

“Seeing him in practice today and a little bit yesterday, he looks good,” right back Brandon Bye described on Thursday. “[He] looks fit, looks strong, and looks like a good service piece in the box that I’m going to be excited to find.”

Standing at 6-foot-2, Vrioni — who scored 21 goals in 31 total appearances while on loan at Austrian side WSG Tirol last season — promises to be a capable target up front for Bye and his fellow Revolution teammates.

Bruce Arena echoed Bye, offering more on when (and where) he envisions Vrioni playing.

“He’s a good player. He’s kind of what we thought we would get,” said Arena. “He’s clearly a No. 9, strong hold on the ball, good finisher. He’s going to need some time for his fitness to come around since he hasn’t played the game probably in, I would guess a couple of months, so it’s going to take a little bit of time.”

Asked more about his potential debut in Saturday’s matchup against the Crew in Columbus (kickoff at 7:30 p.m.), Arena suggested Vrioni will only be available off the bench.

“He hasn’t played in a while. If he travels with us and is on a game-day roster, he would only be available for limited minutes,” the Revolution coach explained.

With Arena downplaying the chances of Vrioni joining the starting lineup anytime soon, New England may not have to fully wrestle with what his presence will mean for the rest of the team. But whenever Vrioni begins getting regular starts — which, as a Designated Player, will undoubtedly happen — it may force some tactical changes.

Arena consistently avoids discussion of tactics (especially formations), but will face a question when Vrioni — a traditional No. 9 center forward — joins fellow goal-scorer Gustavo Bou in the Revolution starting XI.

Even though former New England striker Adam Buksa didn’t leave for French club RC Lens (on a $10 million transfer) until June, the Revolution have not featured a two-striker formation since running a 4-3-1-2 in a 3-2 loss to DC United on April 23 (when Buksa started alongside Justin Rennicks).

Since that time, the team has worked out of a lone striker formation (generally a 4-2-3-1), allowing for greater balance across the field.

As was shown earlier in the season — especially in the 3-0 Champions League collapse against Pumas in Mexico City in March — a two-striker setup creates potential problems for New England’s midfield.

Carles Gil, the defending MLS MVP, is more comfortable operating just behind the forwards in a true No. 10 role. And while Gil is hardly a defensive liability, his natural positioning places him higher up the field.

Pumas were able to dominate possession in the second leg of the Champions League matchup, exploiting the inherent narrowness of the midfield in a 4-3-1-2, passing around New England players and eventually creating chance after chance in what became a memorable comeback.

Defensive issues, and a possible look at the future

Aside from the specific tactical questions of a 4-3-1-2 vs. other formations, the Revolution have simply struggled to defend late leads all year. Through 20 games in the MLS season, no team in the Eastern Conference has conceded more goals after the 75th minute (12) than New England.

Attempting to address this, Arena has consistently deployed a second holding midfielder alongside Matt Polster to help bolster his team’s defensive capability (a role most frequently occupied by MLS veteran Tommy McNamara).

So what happens when Vrioni enters the mix? Which player will Arena send to the bench? Given the statuses of Bou and Gil (as fellow Designated Players who have starred for the team since arriving in MLS), they will obviously remain starters.

Dylan Borrero, the 20-year-old Colombian winger signed earlier in 2022, has already shown himself to be a dynamic attacker, and is unlikely to lose minutes anytime soon. That means that it will either be Sebastian Lletget (another of the team’s attacking midfield options) or McNamara.

Both players provide value, though McNamara’s is more on the defensive side. Lletget, talented as he is in possession, may wind up being sacrificed from the starting lineup in order to allow for Vrioni and Bou to play alongside each other up front without leaving Polster on his own defensively.

If it ends up being the latter, it might see McNamara and Polster providing a deeper midfield safety net, Gil operating from a tucked-in wide midfield role, and Borrero playing as more of a classic winger. Bou, free from having to play as a central forward (a space Vrioni will be happy to occupy), could then play his natural game of dropping into spaces between the lines.

In its best version, the Revolution might be able to mimic some of the team’s greatest successes from 2021, when a Buksa-Bou partnership showed the possibility of a two-striker system as the team set an MLS regular season record for points en route to the Supporters’ Shield win.

But before Arena can explore what his best starting XI might be, he needs to begin by simply integrating Vrioni into the lineup. Only then can he fully grapple with the team’s tactical questions, and its underlying defensive issues. 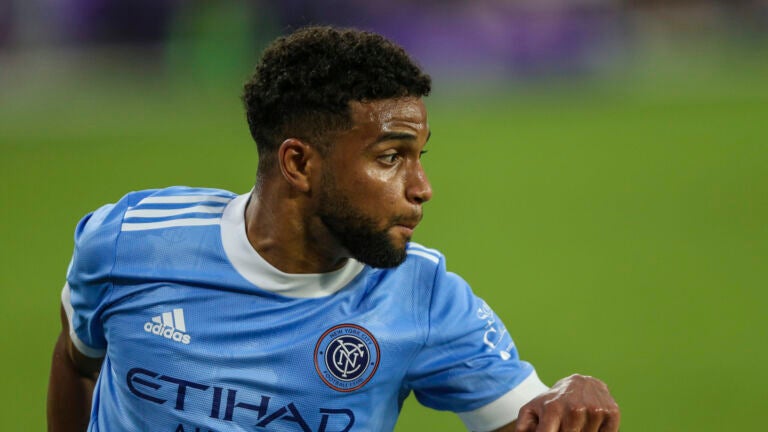