As Bruce Arena reflected on the performance of Tommy McNamara in Wednesday’s 2-2 draw in Toronto, the Revolution head coach eventually found a succinct description.

“He did what we had to do to be successful,” said Arena. It may not have been the most poetic or profound quote, but it was an effective encapsulation. It was, in essence, perfectly McNamarian.

Granted, New England only managed to escape with a point. But given the circumstances — the Revolution played without multiple starters, including almost all of its regular attack — an away draw against a high-profile Toronto lineup felt like a successful result.

McNamara, 31, though never the flashiest player on the field, held a vital role in implementing Arena’s tactics across the board.

When the Revolution were forced to defend — which was often, given the five-at-the-back makeshift lineup the team employed — McNamara helped block shots, make interceptions, tackles, and clearances, finishing the night with eight recoveries of possession.

When New England tried to maximize limited moments on the attack, McNamara popped up again. He was positioned perfectly for the rebound of Justin Rennicks’s first-half shot from a Carles Gil cross. Up against the weight of a first-half deficit and a passionate Toronto crowd, McNamara’s goal — though not likely to make too many highlight reels — was a lift for his teammates.

Beyond the statistics, McNamara consistently seemed to be in the right place at the right time. This included both his own goal, but also seemingly innocuous moments that had larger implications, such as his deflection of Lorenzo Insigne’s pass that led to Justin Rennicks’s second-half score. It was a masterclass in midfield work-rate and positioning, even if only a fraction of his efforts would ever be recorded in a box score.

“Excellent game,” Arena said of McNamara. “[He] got the first goal and played a very good game defensively in the midfield against obviously, a very talented team.”

“Tommy’s been like that since he’s been here and he’s a really good team player.”

Exactly two years earlier, when McNamara was traded to New England from Houston, he was seen as a player to help add depth and versatility. The former Brown University standout, then 29, had already played for three different MLS teams, experiencing his greatest success with New York City FC in 2016.

But with the Revolution, McNamara has discovered some of the best form of his career. In 2021, he made 32 appearances for New England, helping the club set a regular season record for points and win its first Supporters’ Shield.

This season, he’s been one of the team’s most consistent players, starting throughout the current five-game unbeaten run. Beset by injuries and outgoing European transfers, New England has turned to McNamara with increasing regularity to help stabilize its midfield.

And it’s in the middle of the field where McNamara makes his most frequent (and interesting) contributions. A glimpse at his passing chart from the game in Toronto paints a telling picture: McNamara showed up across the field. He completed passes at all four corners of what could conceivably be called the midfield, and balanced his passing total (28) almost perfectly, with 13 in the opposition half and 15 in New England’s.

While it would normally be reasonable to assume that much of a player’s passing statistics could be simply the result of random circumstance, McNamara’s approach to the game at least challenges that notion. As a player Arena counts on to periodically play in different positions, he forces himself to constantly think ahead.

“Once I figure out what my role is going to be for that specific game, whether it’s deeper midfield, more attacking, or off the bench, it’s just wrapping my head around, OK, who are my opponents that I’m facing off against?” he explained in a recent interview. “What are they as a team trying to do? And how can I stop that, and counteract that? And on the flip side, how can I best hurt them?”

For games such as the recent 3-0 win over Orlando City — in which he played a more attacking role and notched a pair of assists — McNamara listed his specific points of emphasis.

“It’s working on receiving the ball between lines, being able to turn and drive the ball, trying to play more incisive passes, things like that,” he explained.

“The mentality shifts depending on where you are on the field,” McNamara continued. “If you’re playing deeper, it’s about not being risky with your choices with the ball. When you’re playing in the attacking third, you can take more risks, because if the ball’s lost you have more people behind you anyway.”

McNamara is far from the only player to be labeled a student of the game, but his approach has been honed over the years out of sheer necessity.

“I haven’t been the biggest or the fastest ever in my life,” he admitted. “I feel like to compensate for that I’ve always thought about the game at a faster level and understood the game at a higher level than most others.”

This, in a sense, helps explain why McNamara rarely receives full recognition for his contributions. Like some sort of soccer iceberg, most of his ability remains hidden below the surface at all times, floating unseen, unquantified, and attached only to that frustratingly vague term of all athletes who compete at a level seemingly higher than their actual athleticism: “Intangibles.”

“I think that’s a big piece of what I offer to the team, why I made it to the professional level and continue to play here and find success,” he said. The proof of his ability is found in the faith Arena has placed in him. Other than Gil, no midfielder has played more minutes for the Revolution this season than McNamara.

In New England, McNamara credits part of his success to another difficult-to-define explanation: finding a comfortable balance in and out of the game.

“I’ve always said when you’re happy off the field, you’re going perform better on it,” he noted. “I think also the coaching staff really understands me as a player and what I can offer and what I cannot offer.”

Careful to not overstate his contributions, McNamara praised the team’s collective approach for the recent unbeaten run even as the injury list has continued to pile up.

“It’s a testament to everybody that’s stepped on the field that we’ve all played together and for each other,” he said. “Everybody’s been committed on both sides of the ball and it’s made a massive difference.”

Despite the recent success, New England remains in a tenuous position. Nine games remain in the regular season. The Revolution currently occupy a playoff spot (sitting in sixth place), but are one of nine teams in the middle of the Eastern Conference separated by just five points.

McNamara joked that “every game is going to be the end-all, be-all kind-of-thing.”

“The majority of the teams we’re playing from here on out are in the same position as us,” he said. “So everybody’s going to be desperate for points.”

But as teams grapple for every advantage in a perilously close race for the postseason, McNamara — encapsulating Arena’s description — is only focused on what his team has to do in order to be successful.

“We need to be ready to fight for everything.” 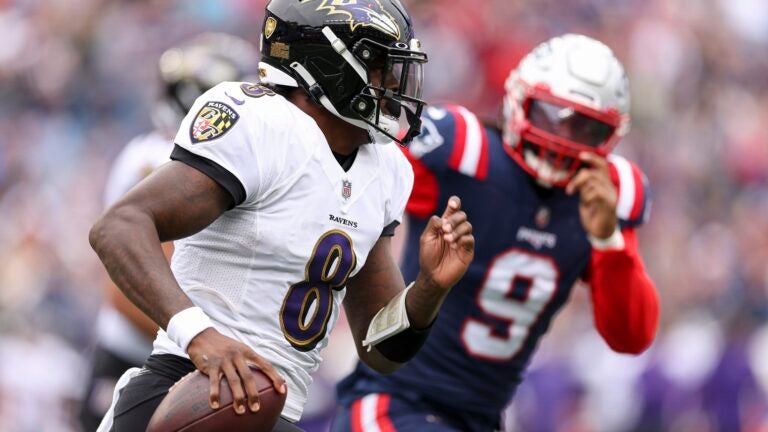