The Patriots selected Herron, a 6-foot-4, 308-pound offensive lineman, in the sixth round, with the 195th overall pick of the 2020 NFL Draft.

Herron’s father, Reggie, and uncles, Larry and Keith, all played basketball at Villanova, and now Herron has carved out his own legacy.

He set Wake Forest’s all-time record with 51 games played, even after tearing his ACL in Week 1 of the 2018 season. Herron, 24, came back for another year as a graduate student, and he was named a captain while earning third-team All-ACC honors.

“Being a captain this past season was a huge honor, and it definitely taught me a lot about myself, and it taught me more about how can I communicate with players and what it means to be a leader,” Herron said on a conference call Saturday. “For me, honestly, I think the one thing about my leadership style that I like is the fact that I’m always respectful, no matter who I’m talking to.”

Herron said he plans on learning from the veterans on the team and trusting them as he continues to improve.

He said he spoke with the Patriots at the Senior Bowl and at the Combine, and he also had a couple FaceTime interviews after the Combine. Herron said it was “hard to get a gauge” on whether they might be interested, but it was “a great feeling” to get the call Saturday.

Couldn’t be more proud to be part of such a great organization. I’m proud to call myself a Patriot! #GoPats

Herron said he prides himself on his athleticism, foot quickness, and physicality, and he hopes to improve upon his position in the run game and having a good base.

“They told me that they’ve seen me play tackle, but they’re also interested to see if I can play any other positions,” Herron said. “So, that’s kind of what we talked about. I’m happy with any position or positions.” 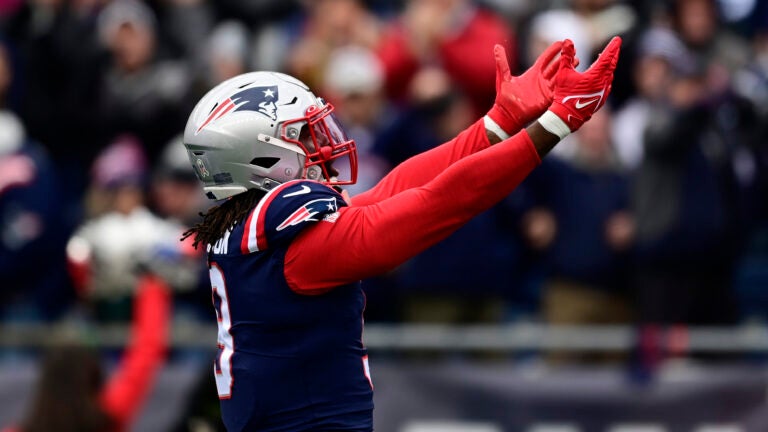