Next weekend, hundreds of college football players will take the first steps toward their NFL dreams when they’re either selected in the 2021 NFL Draft or sign a contract with a team after it.

The Athletic’s Dane Brugler thinks a few local players could be among those who find NFL homes after the draft kicks off next week.

During a conversation with “Toucher and Rich” on 98.5 The Sports Hub about The Athletic’s comprehensive draft guide, Brugler said two Massachusetts offensive linemen, UMass Amherst’s Larnel Coleman and Merrimack College’s Sam Cooper, were among his favorite “sleeper” picks in the draft.

The 6-foot-7, 307-pound Coleman, a redshirt senior at UMass and Malden native, is a projected Day 3 pick who started in each of his last three seasons at UMass – two years at right tackle and one on the left side.

His long arms, which measured 35.5 inches at his Pro Day, and athleticism for his size could make him an interesting developmental swing tackle in the NFL, according to Brugler.

“He’s very raw,” he cautioned, “but talking to people on that coaching staff and in that program, they say he got better every day…he bought in, he was working, and he improved on a daily basis.

“So I think when you’re sixth round or seventh round, a patient coaching staff, you invest in this kid and develop him, you might have something two or three years from now.”

On the other hand, Cooper’s path to being drafted seems less clear, with his NFL.com prospect profile grading him more closely to a post-draft priority free agent than a surefire draft pick.

But the tenacious Nigerian-born prospect has made headlines for his impressive Pro Day workout and for the personal tragedies he’s overcome, having lost both his father and older brother.

“He’s used that to fuel his NFL dream,” Brugler said of the 6-foot-2, 308-pound Cooper, who primarily played left guard in college. “He’s got some interesting tape, and if he doesn’t get drafted, his phone will be blowing up right after the draft for a free-agent contract.”

The New England Patriots are among the teams that have met with Cooper pre-draft, suggesting he might not have to go far for his first chance in the NFL. 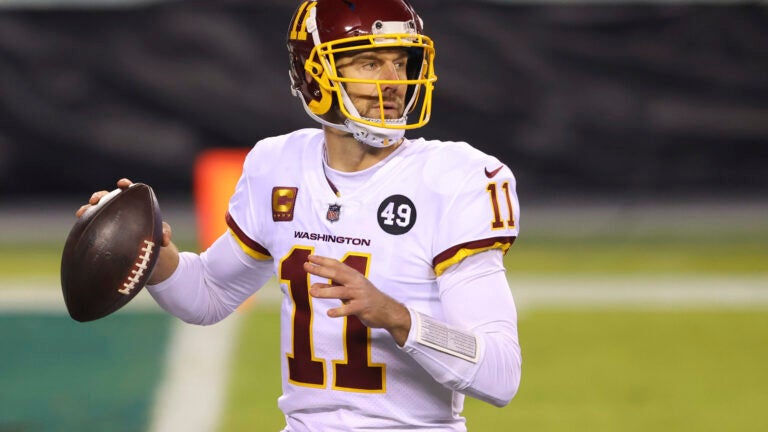 Patriots reportedly showed interest in Alex Smith prior to his retirement