After drafting two Alabama players in Mac Jones and Christian Barmore early in the NFL Draft, the Patriots turned to two Oklahoma standouts in the third and fourth rounds.

New England selected defensive end Ronnie Perkins in the third round Friday and running back Rhamondre Stevenson on Saturday. Stevenson said Perkins is a close friend, and they’re thrilled to end up on the same NFL team after discussing that possibility last season.

Even he didn’t see it coming.

“It was totally a surprise to me, actually,” Stevenson said.

Here’s what to know about Stevenson, whom one analyst compared to Le’Veon Bell.

He started out as a zero-star recruit who competed at the JUCO level.

Despite his current stature, Stevenson wasn’t a highly regarded player coming out of high school.

In fact, he was just the opposite, as a foot injury held him back and he was a zero-star recruit. He spent two years at Cerritos College in California and eventually hit his stride at there, where he rushed for over 2,000 yards and added 16 touchdowns.

He emerged as the No. 12 overall JUCO recruit by ESPN and was regarded as the country’s No. 1 JUCO running back by 247Sports. He chose the Sooners over Texas and USC, among other programs.

While evolving from a zero-star recruit to an NFL player is very rare, it isn’t unheard of. He’s following in the footsteps of Jeremy Chinn, Justin Jefferson, and others.

He then starred at Oklahoma despite dealing with a suspension.

At Oklahoma, he averaged a team-high eight yards per carry in 2019 and registered a pair of 100-yard rushing performances. He also scored the game-winning touchdown in overtime of the Big 12 championship vs. Baylor.

This past year, he missed the season’s first five games due to a suspension after failing an NCAA drug test. He came back and totaled a team-high 665 yards and seven touchdowns on 101 carries and averaged over 110 yards per game.

Stevenson was named Outstanding Offensive Player of the Goodyear Cotton Bowl Classic when Oklahoma thumped Florida, 55-20, and he racked up 18 carries for a career-high 186 yards.

His location on Twitter is “Endzone,” and it’s a fitting one for a player who has spent much of his time there.

“He had a four-star type of year,” ESPN analyst Louis Riddick said.

Though Stevenson’s 4.63 speed is a bit slower than some of his counterparts, Riddick said it’s important to not be fooled by that number.

“When this guy gets to the second level, it’s over,” Riddick said on the broadcast. “He’s a home-run-type hitter. Very patient, almost Le’Veon Bell-esque, as far as being patient, trying to find his hole. When he hits it, on the second level, he is gone.”

“Don’t let the 4.63 speed fool you. When this guy gets to the second level, it’s over. He’s a home run type hitter.

He said he can catch the ball out of the backfield and also excels in pass protection.

“He’s a battering ram,” Riddick said of Stevenson. “Think about what New England wants to do up there in terms of running the football. He fits perfectly.”

Stevenson has learned from DeMarco Murray.

Stevenson said he’s benefitted a great deal from Sooners running backs coach DeMarco Murray’s tutelage, including mastering how to not let a defender bring him down once contact has been made.

Stevenson’s college coach, Lincoln Riley, compared him to former Oklahoma standout Samaje Perine, who lit up Kansas with a 427-yard performance in 2014.

“Very similar build,” Riley said. “Kind of a low, stocky, low center of gravity, very difficult to tackle and wrap up, and then has some big-play ability to go with that.”

Riley said that it was clear Stevenson had “played some ball” and improved throughout the course of his career.

“When you get a guy that’s tough to tackle and has some breakaway and catches the ball pretty good and is able to jump cut right and left, great feet, it’s a good combination,” Riley told reporters. “And I think, too, his experience has shown.”

Teammate Spencer Rattler said Stevenson “can do it all,” never loses yards, and is a positive runner.

He’ll work to earn a spot with the Patriots.

Stevenson is overjoyed to be on the Patriots.

“It’s a great feeling to know I have Bill Belichick as a head coach,” Stevenson said. “I know he’s a great coach, he’s a genius.”

#Patriots 4th Round #NFLDraft2021 pick RB Rhamondre Stevenson said it was a “total surprise” that he was drafted by NE and he called Bill Belichick “a genius”. He’s also a fan of former Pats RB LeGarrette Blount. Also says he has played on all Special Teams units. @wbz

It’s unclear how much of a role Stevenson will have right away, with other catalysts in the mix at running back, but it is clear he knows some of his teammates well. He said he’s watched film on Taylor and Michel.

It may be tough for Stevenson to get many carries as a rookie, but if his path from a zero-star recruit to NFL draft pick is any indication, where he starts isn’t necessarily where he’ll finish. 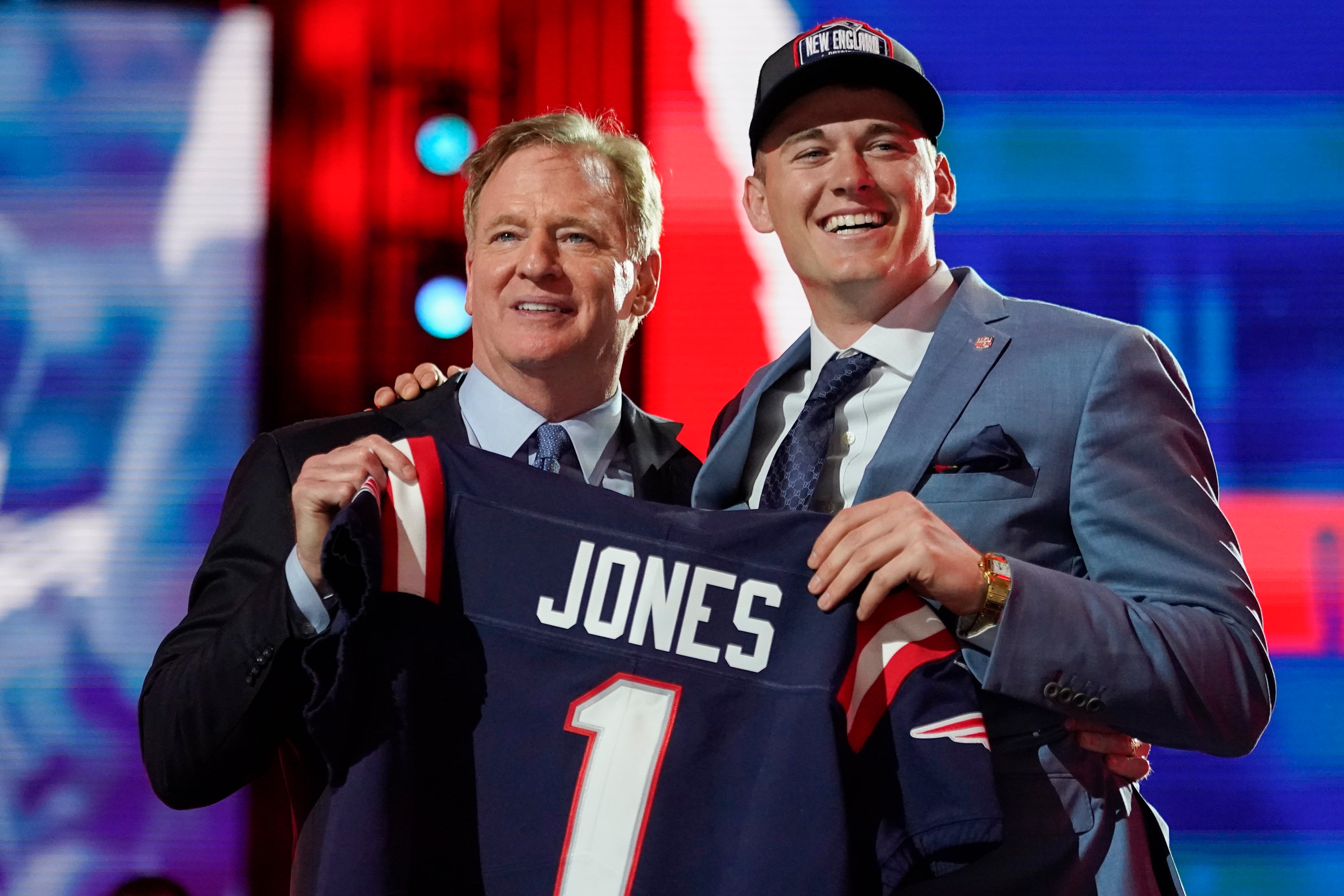