MIAMI (AP) — The Miami Dolphins revoked the season tickets of a group involved in a fight in Hard Rock Stadium’s upper deck during a game against the San Francisco 49ers.

The Dolphins said they immediately investigated and identified the season ticket holders who were involved. The team said “this type of behavior and conduct is not acceptable.” 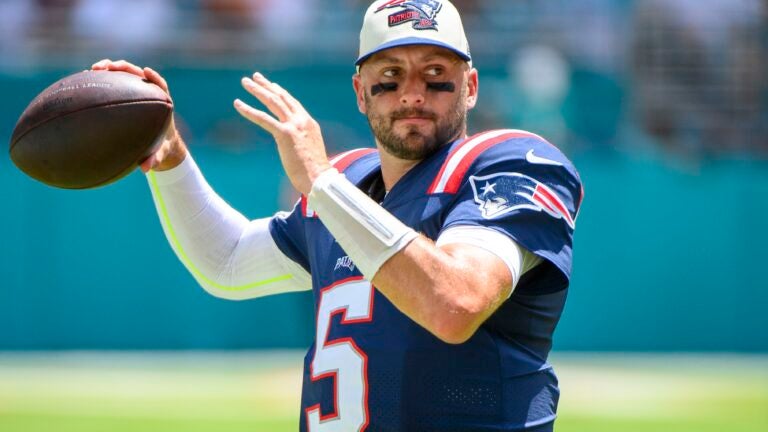 4 things to know about Brian Hoyer, the Patriots' backup quarterback