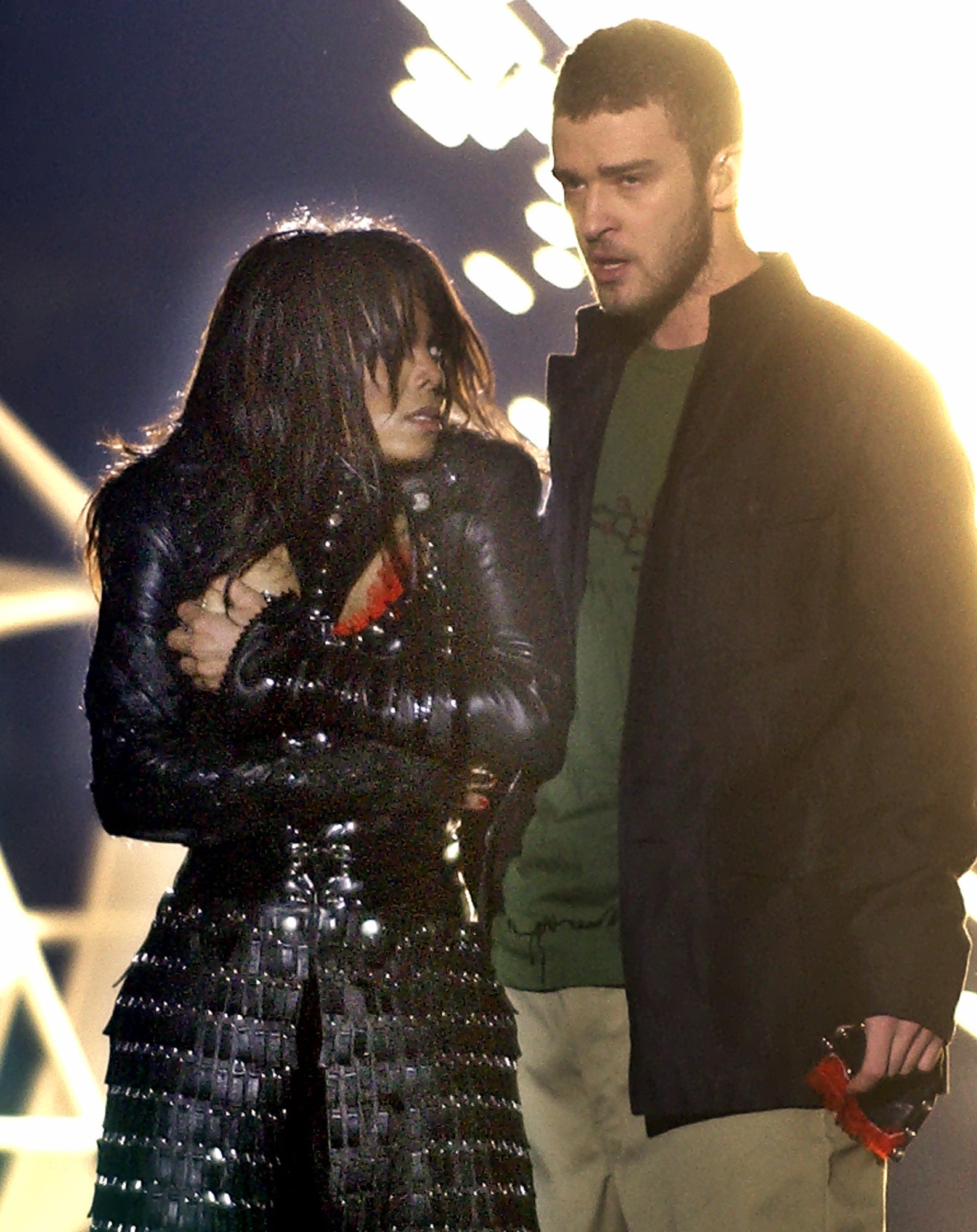 Janet Jackson covers her breast as Justin Timberlake holds part of her costume, during the halftime show of Super Bowl XXXVIII in Houston on Feb. 1, 2014.

HOUSTON (AP) — It’s rare when Tom Brady takes a back seat in a Super Bowl. Janet Jackson managed to make that happen.

Jackson’s wardrobe malfunction is a lasting memory of the last Super Bowl in Houston, overshadowing a thrilling win by the Patriots in 2004 and forever changing how the NFL handles halftime performances.

Jackson baring one of her breasts to a live audience of about 143 million left viewers to sit through several years of halftime shows headlined by mostly aging rockers before the NFL returned to more contemporary acts in 2011.

Lady Gaga will headline this year’s show , giving fans a current superstar expected to wow in a family friendly performance far removed from international scandal the 2004 show in Houston created.

“After the last Super Bowl in Houston was pretty much when we brought the show back in house, to make sure we have a voice in how the show is produced and what it is all about,” said Mark Quenzel, NFL Media’s senior vice president of production and programming. “Everyone has been focused on what specifically happened, but there’s more to it than that.”

That performance was the last produced by MTV before the NFL began producing the show on its own. Justin Timberlake and Jackson performed their hit “Rock Your Body” as the finale. They wrapped up the provocative performance with Timberlake ripping her costume to reveal her right breast, bare except for a nipple shield.

The incident drew CBS a $550,000 fine from the Federal Communications Commission (which was later overturned), sparked an international debate about decency, and landed Jackson in the Guinness Book of World Records as “Most Searched in Internet History.”

Thirteen years later the incident has become ubiquitous in popular culture, being mentioned or parodied on various television shows and in at least a dozen rock and rap songs. Timberlake’s apology was the genesis of the term “wardrobe malfunction,” which was eventually added to Merriam-Webster’s Collegiate Dictionary.

That performance and its fallout is far from what the NFL aims for, and Quenzel shared the league’s vision for the show.

“Our belief is it is the day family and friends get together to watch the game and that is the environment we want to set for the halftime show and the game,” he said. “It’s to entertain people and to have a great game.”

Picking a halftime performer is not a quick or easy decision. Officials at the league are already looking into who might perform next season.

“The conversations are who are we interested in? What city are we in? What’s available, and potential artists we would want. The process takes months,” Quenzel said.

Once the talks with artists begin, the NFL is very clear on its expectations for the performance.

“We deliver the message of not just what is appropriate and not, but that we believe most of the people want to … hear songs they recognize,” Quenzel said. “The artists also are interested, justifiably, in showing off their new music.”

And with so much on the line, there are plenty of people involved in the decision.

“It really does take a lot of people internally within the NFL, and not just the entertainment (division), but public relations and marketing,” Quenzel said. “And with a lot of people involved, ultimately the decision goes to Roger Goodell.”

Goodell, the 57-year-old NFL commissioner, may seem like an unlikely gatekeeper to deciding about halftime entertainment at the biggest sporting event of the year. But it turns out that he has a great feel for what will work.

“Roger does it really well,” Quenzel said. “Roger would tell you, I think — not to put words in his mouth — that he knows music, but is he an expert? Probably not. But he knows it enough.”

Goodell is very in tune with what will appeal to the masses, some of whom tune in specifically for the halftime show.

“When we’re trying to have 120 million watch the halftime show, he has a really good sense of that,” Quenzel said. “I think he has clear opinions when we present the options and I think he balances those very smartly. He will leave it to the experts as long as he does not have an issue with it. He is involved, but not overbearing.”

After the artist is chosen, the real work begins. The show itself is a culmination of months of preparation and planning. It takes more than 1,000 people to put it on, including the artists, dancers and crew that puts together and takes down the stage.

They have to work in a tight window, with the setup taking 7 1/2 minutes before a 12½-minute show, followed by 6 1/2 minutes to disassemble it. That leaves the field clear before most of the players return to warm up for the second half.

But there’s a certain segment of players that tend to be on the field before everything has been removed.

“The people associated with the game least happy with us are the special teams guys,” Quenzel said. “They come out first to warm up and we usually are going off the field when they come on. We have to be careful with the heavy equipment. We pay a lot of attention that they are not in the same place as we are.”