BLOOMINGTON, Minn. (AP) — One of the biggest mysteries in Super Bowl history occurred the previous time the Philadelphia Eagles met the New England Patriots 13 years ago.

Did Donovan McNabb vomit during Philadelphia’s comeback attempt in the fourth quarter?

He denies it. Teammates have said otherwise.

It’s worthy of a documentary. No puking, er, kidding.

The rematch is here and the Eagles are still seeking their first Vince Lombardi Trophy while the Patriots have won two more since that one and are going for No. 6.

McNabb’s disputed upchucking actually upstaged Terrell Owens’ remarkable performance in the big game. Owens defied his doctor’s advice and was in the starting lineup just 6½ weeks after ankle surgery. He caught nine passes for 122 yards against the Patriots, but the Eagles couldn’t overcome numerous mistakes in a 24-21 loss.

McNabb threw for 357 yards and three touchdowns but also had three interceptions, another that was nullified by penalty, took four sacks and didn’t have any yards rushing.

Former Eagles coach Andy Reid’s clock management was a major issue in that game. Down 24-14, the offense got the ball back with 8:35 left. They inexplicably huddled up instead of running a hurry-up offense and McNabb threw an interception.

They were slow to the line again when they regained possession and took 3:45 to drive 79 yards for a touchdown. After the onside kick failed, the defense held and the Eagles got the ball again at their 4 with no timeouts and 46 seconds remaining.

“When you talk about managing time and things of that nature, that’s up to the head coach, offensive coordinator and the quarterback,” Owens told The Associated Press this week.

“As a quarterback, as a seasoned veteran, the quarterback really should be the guy assessing what we should be doing, how much time is on the clock, what time we need to be running the play. I was on the outside once I left the huddle. Once the play is called, I’m gone.”

Owens, in town as a finalist for the Pro Football Hall of Fame and to promote a commercial for Febreze, has moved on from the loss. He was dismissed from the Eagles in November the following season after feuding with McNabb and management over a new contract.

“What I did was bigger than the Super Bowl for me,” Owens said. “I understood the ultimate goal was to win the game and that was definitely heavily on my mind. Coming out of the tunnel for the first time, the media was waiting on me to run around the field to see if I was limping, how I was cutting on the ankle. I wanted everyone to know my faith in God was the No. 1 reason I did what I did.”

Former teammate Brian Westbrook, who had 144 yards from scrimmage and a TD catch in that game, still has regrets.

“I don’t think you ever get over losing the Super Bowl,” Westbrook said. “It’s one of those things when you look back on your career, you want to have that ring, you want to flash the Giants fans, the Dallas fans that ring but sometimes things don’t work out.

“But the biggest memory is playing in the game, being part of the big show. You work so hard to get to that point in your career and I was lucky enough to get there. We just didn’t seal the deal.”

Westbrook defended McNabb, who took several hard hits, including a few that appeared late. McNabb was bent over after a crushing hit from Richard Seymour during the late drive and it’s unknown whether he was getting dirt and grass off his face and helmet or regurgitated.

“The quarterback is always going to get so much of the credit and so much of the bad things,” Westbrook said. “That negativity, a lot of it is centered around Don for whatever reason but he was the reason we were playing in that game.

“He did a great job. I wish, as a team, we could’ve put him in better position to be successful. When you’re playing the Patriots and make those kinds of mistakes, you don’t have a chance.”

That remains true now. It’s a different team, but Bill Belichick and Tom Brady are still there. 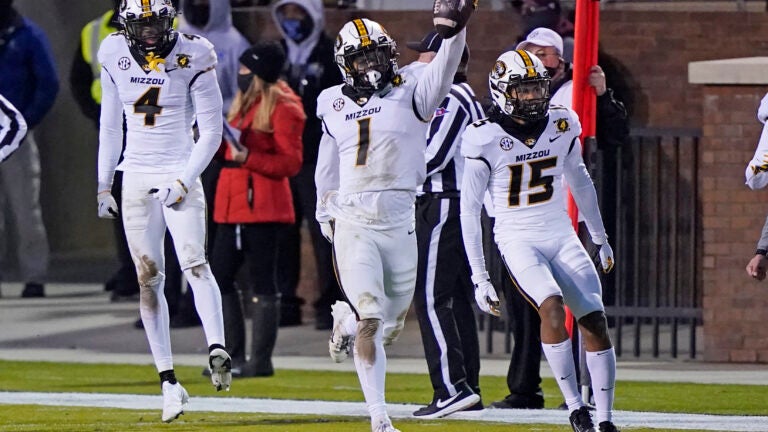