CLEVELAND (AP) — The Browns are taking a chance that Florida wide receiver Antonio Callaway will stay out of trouble.

Callaway, who has had numerous legal issues, was drafted by Cleveland in the fourth round of the NFL draft on Saturday. The Browns moved up the draft board to pick No. 105 after a trade with the New England Patriots.

Callaway failed a drug test at the NFL combine, a major misstep that dropped him in the draft but didn’t dissuade the Browns from picking him. New Browns general manager John Dorsey said the team thoroughly checked Callaway’s background.

“We have done extensive, I mean extensive, background work here,” Dorsey said. “We’ve actually gone down to Gainesville. We’ve actually had people go to certain areas just to find out all about the specifics of the situation and we feel very good about where we are and where he is and where those things, what levels they’re at.

“I feel very comfortable making a move like this.”

The failed drug test was just the latest problem for the 21-year-old Callaway, who was suspended all of last season as part of an investigation into felony credit card fraud. Callaway also was cited for marijuana possession in May 2017, stopped by police while riding in a car with a career criminal. And he was part of a Title IX investigation in 2016 that centered on an alleged sexual battery.

Callaway caught 89 passes for 1,399 yards and 11 touchdowns in two seasons with the Gators. He hasn’t played since the Outback Bowl in 2017.

Dorsey believes Callaway would have been the first or second receiver drafted if not for his off-field issues. 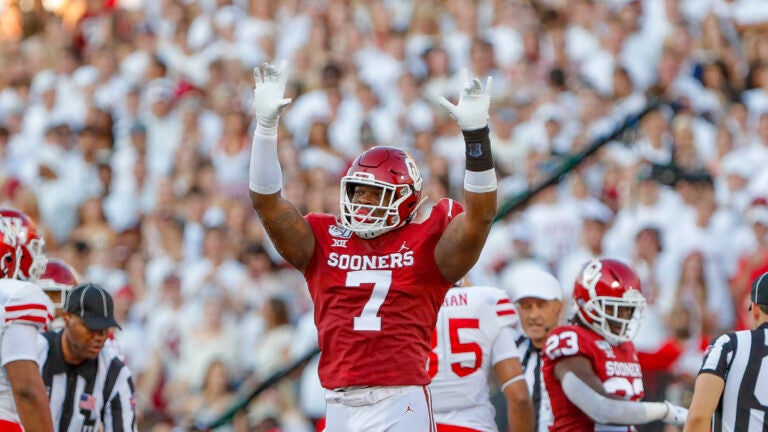