Chris Sale returned to the mound Tuesday night for the Red Sox, pitching a scoreless first inning at Fenway Park to kick start Boston’s 7-2 win against the Blue Jays. Brock Holt pinch hit a three-run homer in the seventh, helping the Sox clinch a playoff spot.

Despite being the first major league team to do so, the Sox aren’t planning on celebrating their playoff berth just yet.

Here are some more sports headlines to get your Wednesday going:

Tensions are running high in the Detroit Lions locker room following Sunday’s blowout loss. According to NFL Network’s Mike Garafolo, some Lions veterans are not happy with the coaching style of Matt Patricia– namely with the number of rules being put in place and how hard Patricia worked the team at training camp.

“When you don’t have the results, and when they’re as bad as they were [Sunday night], you leave yourself very little leeway as a head coach,” Garafolo said. “Your guys are going to say, ‘Wait a minute, we’re being run harder than other teams; we’ve got more rules than other teams, and we aren’t getting the results?”

Though some already want to can the head coach after just one week, Garafolo makes a point to not write Patricia off as another Josh McDaniels just yet. Instead, he advises fans to keep an eye on the situation in Detroit, as the Patriots former defensive coordinator has his work cut out for him in trying to win both games and respect this season.

Patricia is gearing up for an important two weeks ahead of the Lions, and the pressure is on. The team will face former New England quarterback Jimmy Garoppolo in San Francisco this week, and play host to the Patriots in Week 3.

With Week 1 jitters aside, now is the time to see if the Lions’ hard work in training camp will pay off. And if the rookie head coach feels he isn’t getting the respect he deserves in the locker room, he may be forced to reevaluate his team. (Boston.com)

Tuesday morning, the Patriots had three open spots on their roster. By Tuesday afternoon, all three spots were filled.

After releasing Riley McCarron and Chad Hansen and putting Jeremy Hill on injured reserve, New England was down two receivers and a running back and was looking to add some depth to their offense.

Waiving McCarron meant that the Pats needed to sign a capable punt returner, preferably one who wouldn’t repeat McCarron’s blunder.

The Patriots signed the running back and punt returner yesterday, filling up the final remaining spot on their roster.

The revolving door of Patriots coming and going is slow to a halt as Week 2 draws closer. The Pats head down to Jaguar territory this Sunday.

After announcing Adam McQuaid’s trade to the Rangers yesterday, Bruins GM Don Sweeney and head coach Bruce Cassidy talked about how difficult it was to let go of the defenseman; but no goodbye was quite as heartfelt as the one McQuaid got from Brad Marchand.

The Bruins, who McQuaid was scheduled to join on their trip to China before the trade was initiated, have showered McQuaid with thanks for his leadership, friendship and dedication over the years.

?Bruins react to the trade of Adam McQuaid: pic.twitter.com/z7EpGd4AGo

The Celtics are definitely heading into training camp with some pep in their step this year.

With a revamped roster including both star rookies and rehabilitated veterans, the Celts are hoping for great successes in the upcoming season. It also doesn’t hurt that the team rolled in at No. 2 in ESPN’s Future Power Rankings for the 2018-19 season.

The Celts, under the management of Danny Ainge and Mike Zarren, came in just a few points under the two-time defending NBA champs, Golden State. (NESN.com) 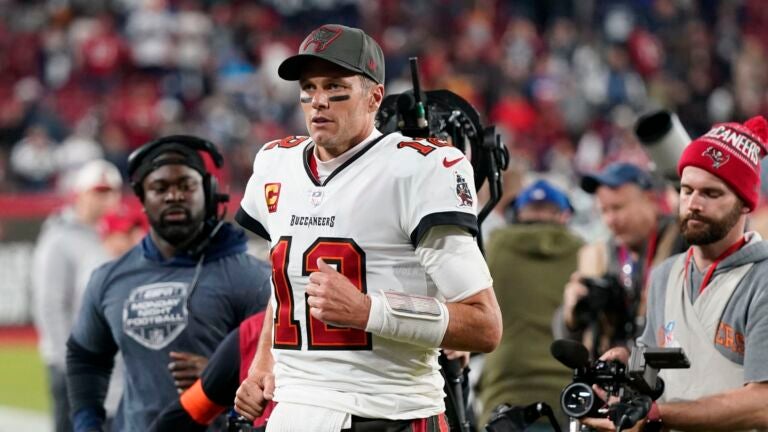