Before they could celebrate their new partnership two winters ago, Patrick Mahomes and agent Leigh Steinberg needed to have one final talk over dinner at a restaurant in Tyler, Texas. Steinberg warned Mahomes of the potential pitfalls his impending fame would bring, and with the 2017 NFL draft just a few months away, he asked Mahomes if there was anything about his past that he should know about.

Then he told Mahomes that there was one final step he needed to complete before the quarterback’s draft process could truly begin: The agent would conduct one last scan of Mahomes’s social media accounts.

The audit turned up nothing, as Steinberg expected, and Mahomes would go onto become a top-10 pick of the Kansas City Chiefs that spring and a league MVP by his second season. But it was a reminder that, even for prospects with squeaky-clean online images like Mahomes, there is a new rite of passage during the evaluation process this time of year. Old tweets, Snapchats and Instagram posts are being reviewed and dissected, and can be as influential to a player’s draft stock as his 40-yard dash or vertical jump.

“Teams are looking at Twitter and Facebook and Instagram as another research tool,” Steinberg said. “[The players] get to explain whatever it was, but they are being held to account on postings, pictures. This didn’t even exist 15 years ago. It’s a big change, because some players are under the illusion that when they post on social media, it’s like going to their friends in a private form of communication. But it’s an international broadcast system.”

In 2016, offensive lineman Laremy Tunsil was a projected top-five pick, but fell to No. 13 after someone hacked his Twitter account minutes before the draft and posted a picture of Tunsil smoking out of a bong with a gas mask on. Last spring, racist tweets sent by Wyoming quarterback Josh Allen surfaced, and the story consumed the day of the draft. Allen apologized for the tweets, which he had sent when he was in high school, before being drafted seventh overall that night by the Buffalo Bills.

Now agents and teams are vetting the accounts of top prospects more fervently than ever in the run-up to this month’s NFL draft, and two of this class’s top prospects have already seen their social media pasts come under fire.

On the night he won the Heisman Trophy in December, Oklahoma quarterback Kyler Murray – who is widely expected to be drafted first overall by the Arizona Cardinals – was forced to issue an apology after homophobic tweets from years earlier came to light. In March, Ohio State defensive end Nick Bosa told an ESPN reporter that he deleted a string of tweets from his past – including those supporting President Donald Trump and one calling former San Francisco 49ers quarterback Colin Kaepernick “a clown” – because he could very well be drafted by the 49ers with the No. 2 overall pick.

The latter move not only underscores what is potentially at stake for a player of Bosa’s stature in one of America’s most progressive cities, but also highlights the delicate balance between an outspoken player’s freedom of speech and the possible rift it could cause in an NFL locker room.

“It kind of lets you into a guy’s life off the field at times,” NFL agent Shawn O’Dare said. “[Teams] are doing every research possible. They’re making multimillion dollar investments into these guys. It’s easy for them to go through their social media and find a red flag if there is one.”

The cases of Allen and Murray, in particular, followed a familiar pattern in pro sports in 2018, where a number of high-profile athletes had homophobic, racist and misogynistic tweets from their past surface. Brewers pitcher Josh Hader, Braves pitcher Sean Newcomb and Nationals shortstop Trea Turner all apologized for racist and homophobic tweets – each sent from their high school days – and former Villanova guard Donte DiVincenzo deleted his Twitter account after a string of racist and homophobic tweets from his teenage years emerged during his team’s win over Michigan in the 2018 national championship game.

Most athletes who are exposed have at least in part chalked up the exposed tweets to youth in their apologies, but it has nonetheless spurred more awareness within NFL circles during the draft process. More and more prospects are scrubbing their own accounts. Agents such as Steinberg have devoted more resources to evaluating social media accounts over the past several years; Steinberg dispatches a couple of assistants at his agency to scan Twitter, Facebook, Instagram and LinkedIn profiles of clients after they have signed.

NFL teams now routinely include a thorough review of social media during the pre-draft process and consider it a crucial part of a player’s background check – including devoting staffers to scanning the accounts while the players are freshmen and sophomores, before they’re even old enough to declare for the draft.

“By this point, it’s too late,” said Daniel Jeremiah, a draft analyst for the NFL Network. “Most of the teams have already done that work well before these guys are even draft eligible. . . . Especially after the Tunsil thing, there’s really no excuse not to be prepared for everything. If you’re smart you will have addressed this with all the teams and would have been up front about it before now.”

In 2012, when Jeremiah was a scout with the Philadelphia Eagles, the front office completely removed a player from their board after discovering photos of guns on his social media accounts. “We didn’t interview him,” Jeremiah said. “We didn’t bother doing any homework on him. We were just like, ‘He’s off our board, he’s done.'”

Major college programs are trying to get ahead of that curve, often bringing in social media consultants to address the issue. One of those consultants, Kevin DeShazo, has spoken to more than 200 college teams and often points to the case of Tunsil in the 2016 draft as a prime example of how it can affect a future.

“That drop to the 13th pick lost him a projected 20 million dollars. So no matter what he does in life — he’s doing well, he’s doing great in the NFL – that 20 million dollars is not going to come back,” DeShazo said. “So it’s letting student athletes know: Is it worth the risk? Is that joke you want to tell, is that picture you want to put up, is it telling the best version of you?”

The campaign to make prospects more aware has even permeated the high school level, including at two elite programs in the Washington area that have produced NFL players. Over the past five years at DeMatha High School in Hyattsville, Maryland, for example, former head coach Elijah Brooks, who recently was hired as an assistant at the University of Maryland, said he had assigned a couple of assistant coaches to create aliases and monitor players’ social media posts. At Wise High School in Prince George’s County, Maryland, Coach DaLawn Parrish often will review his players’ tweets at night. If he doesn’t like what he sees, he will call them right away and tell them to take it down, he said.

The message got through to one of his top recruits, Isaiah Hazel, who will play for the University of Maryland this fall. More than four years ago, Hazel said he erased six tweets from his childhood after Parrish talked to the team about the potential perils of social media and how it can affect recruiting.

“Before I played football, you know, I’m young, I’m just tweeting anything, saying anything, retweeting anything. When colleges look at you, it’s bigger than that,” Hazel said in an interview last summer. “They want to see how you are as a man, how you carry yourself on social media . . . when you think they’re not looking.”

Everyone is now looking at Mahomes, who has 1.2 million followers on Instagram and nearly half a million on Twitter. He is the poster boy for what Steinberg wants his clients to be on and off the field, and also in the digital realm, where he has used his accounts to grow his brand considerably. But there was a time when he had to pass the pre-draft test like everyone else. And with another draft day approaching, even with the heightened awareness across all levels of football, Steinberg is convinced there will be more cautionary tales to come.

“It’s almost inevitable,” Steinberg said. “The level of scrutiny that the contemporary draftees are under is exponentially higher.” 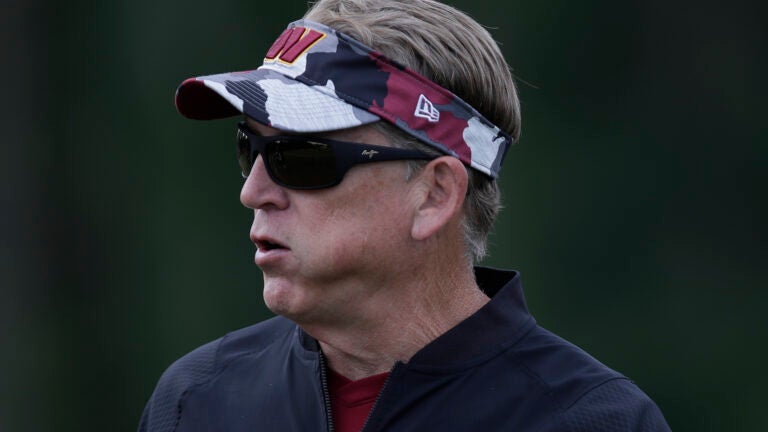