When Bill Belichick isn’t trading up to draft punters, he can sometimes be spotted selecting international linemen.

The Patriots picked offensive tackle Sebastian Vollmer, from Germany, in the second round of the 2009 NFL Draft, and now, 10 years later, they took guard Hjalte Froholdt, from Denmark, with their first pick of the fourth round Saturday.

Boston Globe reporter Ben Volin noted that the Patriots envision Froholdt as a center first, and a guard second, which could put Ted Karras in trouble as the backup center.

I’m told by a source close to Froholdt that the Patriots see him as a center first, and a guard second. Puts Ted Karras in trouble as the backup center

Froholdt, who went as the 118th overall pick, attended IMG Academy and was a three-year starter at the University of Arkansas. Here’s what you need to know about him.

As a kid, he fantasized about becoming an art thief.

That’s right. Long before he knew what football was, he and his friend Carl envisioned themselves as future art thieves in France. Essentially, they wanted to be burglars.

“You know, you grow up and figure out that’s kind of frowned upon,” Froholdt told reporters. “Obviously, the dream changed. I think my mom still has paintings of me [drawing] stick figures stealing diamonds in France.”

According to WholeHogSports.com, this dream first sprouted in kindergarten, but Froholdt eventually realized he had to do something different – and perhaps more dignified – with his life.

“So I thought I wanted to be an exchange student in America and have the whole American experience,” he told WholeHogSports.

Concerned about pronouncing his name? You’re not alone.

Before you start telling your friends the Patriots drafted a guy from Denmark named Huh-jal-tee Fro-yo, make sure you know how to pronounce his name.

According to Boston Globe reporter Jim McBride, it’s pronounced: “YELL-da FRO-hold.” He joins a N’Keal (Harry), a Joejuan (Williams), and a Yodny (Cajuste) as Patriots draft picks this year.

“Some people thought it was pretty hard to pronounce my name, so they just called me ‘Denmark,’” Froholdt told reporters in a conference call. “But it’s not too hard. I guess I’ve had a couple (nicknames) that I really don’t quite remember.”

He first came to America to have supersized meals and drive big cars.

The 6’5, 306-pound Froholdt first fell in love with American football as a school kid at age 12 in Denmark. He started his own club and joined a “seniors” team called the “Gold Diggers” at a young age, according to WholeHogSports.

He first came to Ohio, where his passion for football grew at Warren G. Harding football. It wasn’t all rosy, though, and he said his initial experience playing among more seasoned competitors was humbling.

“It was an exciting time,” he told WholeHogSports. “I came over, landed that day, started camp, got destroyed. I was put on my butt too many times to count. It was a culture shock, but it was definitely a positive move.”

After briefly returning to Denmark, he found a new home at IMG Academy in Florida and signed with the University of Arkansas. He told reporters he always had an interest in playing football, but it was mainly because he craved the American experience.

His goal was to get better at football and take it back to Denmark – and “maybe play a little bit better” in his home country – after learning something in the States.

“But, of course, there’s always been dreams,” Froholdt told reporters, “and we kind of just talked about how it seemed unrealistic about college and the NFL and whatnot. It was never really the intention. I came over wanting to get a supersized meal and drive some big cars, and it turned out as something really different.”

Froholdt will be an easy player for Patriots fans to root for because of his backstory, but what about his game itself?

Well, for starters, even though he didn’t grow up here, he’s no stranger to Belichick and Co. Bret Bielema, who recruited and coached Froholdt at Arkansas, is now in his second year on the Patriots’ staff as a defensive consultant.

The Patriots select Arkansas C/G Hjalte Froholdt with their initial fourth-round selection (No. 118). He is 6-foot-4 5/8 and 306 pounds. Played under current Patriots assistant Bret Bielema, so probably some excellent intel for New England staff. Team captain in 2018.

Froholdt congratulated Bielema when Bielema’s baby was born, but otherwise, he said they haven’t had much contact recently. When Froholdt was broadcasting at the Super Bowl, he was with the Danish media, so he just missed crossing paths with Bielema there. He also missed him at the NFL Combine.

One more Arkansas-Patriots connection is that Froholdt played with New England defensive end Deatrich Wise Jr. in college. He’s eager to reunite with one of his favorite teammates that he’s always admired.

“He was not one of, but the most enthusiastic person I’ve ever been around,” Froholdt said of Wise.

As for himself, Froholdt said he’s a player who really cares about what he’s doing and loves the game of football. He always played just because he loved it, he said, and he never imagined it would take him this far.

ESPN’s Mike Reiss noted that Froholdt will provide future insurance and increase competition along the interior of the offensive line.

Volin pointed out that Froholdt was ranked among the top 20 defensive linemen in the country going into college. He played in 10 games on defense for Arkansas in 2015 before moving to the other side of the line the following spring.

Froholdt started all 13 games at left guard in 2016, and then 12 games at that spot as a junior, not allowing a sack and incurring only two penalties, according to Volin. He then started his senior season at center, playing there for three games before switching back to left guard to close out the season.

His versatility could serve him well in the NFL.

“His ability to play both guard and center strengthens his case to become a solid backup who can step in and start in a pinch,” NFL Analyst Lance Zierlein said.

American football is gaining popularity around the world, and Denmark is no exception.

Froholdt said people from his homeland follow the NFL closely and marvel at the Patriots’ track record.

“They might know more about the Patriots than I do,” he told reporters. “Everyone’s really excited.”

There’s plenty of reason for the extra enthusiasm, as Froholdt is only the second Denmark native to ever be drafted, and the first since 1982, according to Volin. That player, kicker Morten Anderson, was also drafted in the fourth round and eventually made the Pro Football Hall of Fame.

Froholdt said his phone’s been blowing up, but he’s been so busy he hasn’t had a chance to text his supporters back yet. He’s simply thrilled to be in New England and eager to get started. 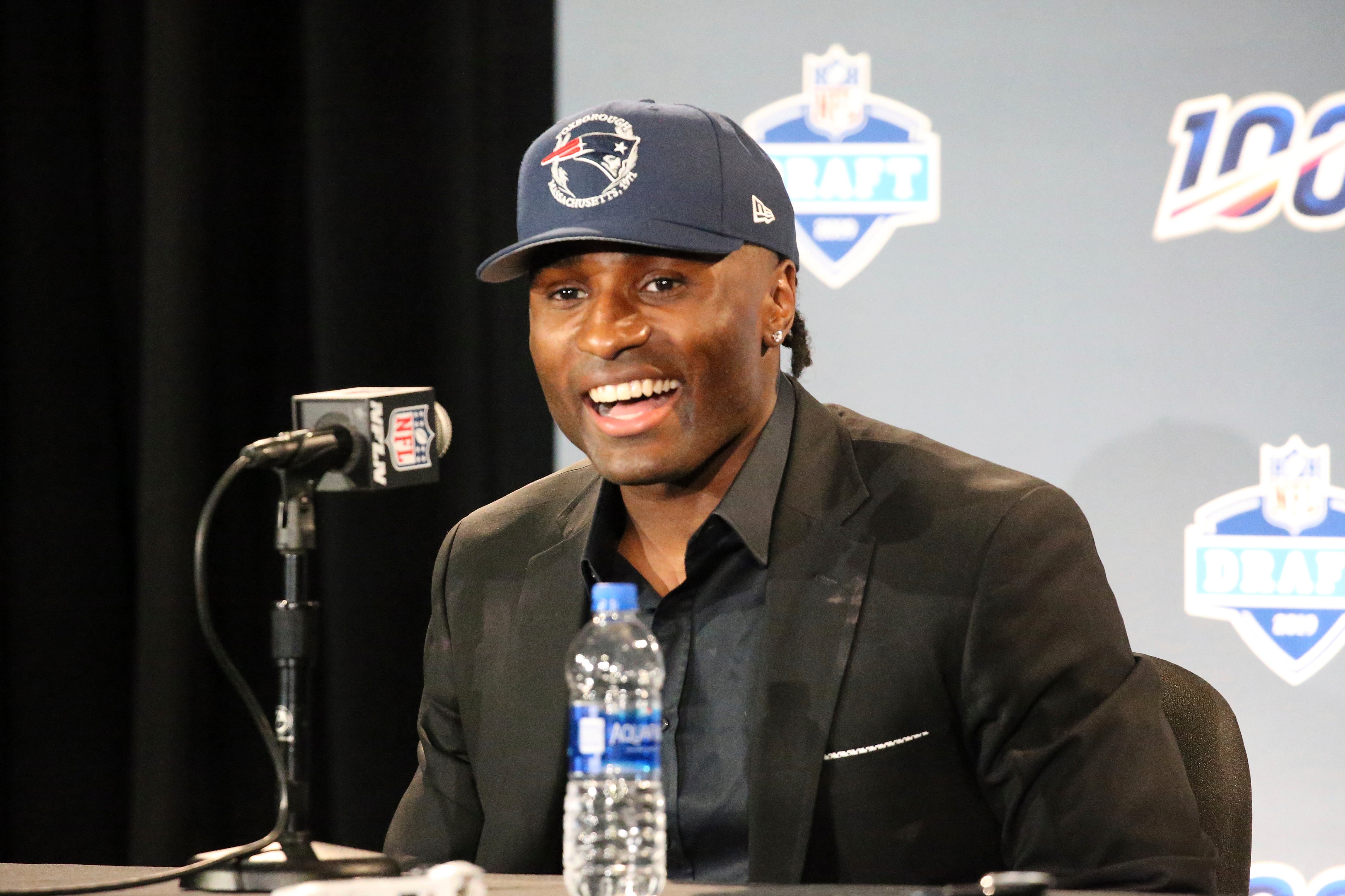