Quite the opposite, in fact.

“There’s been a cleansing, if you will,” he said in an ESPN interview over the weekend, addressing the departure of wide receiver Antonio Brown and running back Le’Veon Bell.

It wasn’t the best word choice, but both players were a headache last season, providing the dreaded “distraction” headlines that coaches so often hate even if those coaches play a role in what’s going on. The Bell and Brown situations, with a helping hand from quarterback Ben Roethlisberger, helped propel the Steelers, usually a model franchise, into soap opera territory.

After being franchised, Bell sat out all of the 2018 season rather than going through it a second time, holding out for a long-term contract that never materialized and signing a four-year, $52.5 million deal (with $27 million guaranteed) with the New York Jets. Brown was traded to the Oakland Raiders.

Contrasted with the front-office breakdown with Bell was Brown’s situation, one that could be laid at least partly at Tomlin’s feet (and Roethlisberger’s) as locker room conditions deteriorated. Brown ended up being disciplined for the regular-season finale after skipping practice and arguing with the quarterback, whose criticisms of teammates were often public.

Exacerbating the situation overall was an interview in which General Manager Kevin Colbert said Roethlisberger “has 52 kids under him, quite honestly.” He was quickly criticized for the comment. “Referring to the other 52 players on the #Steelers as Roethlisberger’s ‘children’ is as bad of an analogy as a GM could make when describing the QB as the leader,” ESPN’s Louis Riddick tweeted. “That’s utterly ridiculous. I don’t agree with how AB conducted himself, but I sure do better understand now. Wow.” Martellus Bennett, the former tight end who played for five NFL teams, called out Colbert. “I always had issues with coaches talking to men like they’re boys,” he tweeted. “And I hated coaches assuming we needed father figures. I’ve had to tell coaches to cut that s— out. I have a dad. Be a coach. I’m a grown a– man.”

Colbert walked it back – to a point. “In referencing to our ‘younger players,’ what I am referencing is Ben is the only player [on the roster] who has ever won a Super Bowl with the Pittsburgh Steelers,” he told the NFL Network (via triblive.com) ” . . . I was referencing the younger players on our team and their lack of experience in the Super Bowl-winning environment, and Ben is only one who can say he’s done that. . . .

A very small taste of what’s to come from our all-day interview with Antonio Brown. In this clip, for the first time publicly, Brown addresses Steelers GM Kevin Colbert’s comments about Big Ben having “52 kids” under him: “What grown man is calling another man a kid?” pic.twitter.com/mHQv4A0SQk

“Does that mean . . . we have a bunch of juveniles or anything like that? No. of course not. We’ve got some really good veteran players like a Cam Heyward or a Maurkice Pouncey who are unquestionable leaders as well. But they are still not the Super Bowl-winning type of player that Ben Roethlisberger is, and that’s why he is and will continue to be the unquestioned leader of this team. And I still think it would be valuable for all our players to recognize that.”

The Steelers certainly did, giving Roethlisberger a contract extension that makes him one of the NFL’s highest paid quarterbacks and all but ensures he will retire in Pittsburgh. “Cleansing” may be therapeutic, but the Steelers will now have to replace Bell’s 7,996 yards from scrimmage and 42 total touchdowns over five years and Brown’s 11,207 receiving yards (tops in the NFL) and 74 touchdown catches (second) since entering the NFL in 2010. 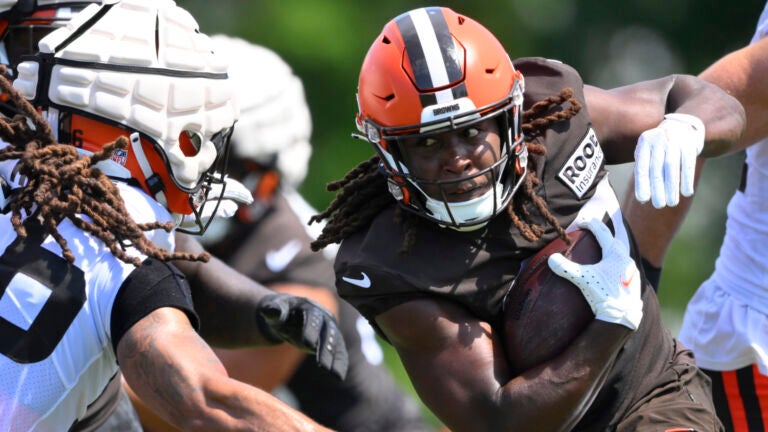