Seventeen months after he sustained a spinal injury so severe that doctors were uncertain whether he would ever walk again, Pittsburgh Steelers linebacker Ryan Shazier celebrated his wedding in the best way possible – by dancing with his bride.

With “This Is How We Do It” playing, he and Michelle Rodriguez hit the dance floor after saying their vows Friday evening in Pittsburgh and video shows Shazier smiling and waving his arms. Video also shows him standing as the couple, who have a three-month-old son, cut their wedding cake.

Shazier, 26, was injured in a head-on hit as he attempted to tackle a Cincinnati Bengals player in a Dec. 4, 2017, “Monday Night Football” game. He collapsed immediately with a spinal contusion and, although he rolled onto his side, he couldn’t move his legs. With doctors uncertain whether he would be able to walk again, he underwent spinal stabilization surgery two days later.

Since then, Shazier has been on a journey marked by surprises and inspirational moments. Accompanied by Rodriguez, he walked across the stage at AT&T Stadium on the first night of the 2018 NFL draft. Last fall, he walked onto the field at Paul Brown Stadium, where his injury occurred. Last month, he posted video of his leg-strengthening, box-jumping workouts.

Shazier still hasn’t given up on the idea of playing football again, but it won’t be in 2019. Last week, the Steelers placed him on the reserve/physically unable to perform list for the season.

“I definitely want to play,” Shazier said during Super Bowl week (via Reuters). “I try to tell people at the end of the day, just because I got hurt, doesn’t mean I lost the love of the game of football. I love football so much. I just care about the game. I really feel like the game has taken me places I never expected to go.

“I am putting everything into it. I feel like I was the best linebacker in the league. I don’t want to leave that as my legacy. I feel like I have so much to show.” 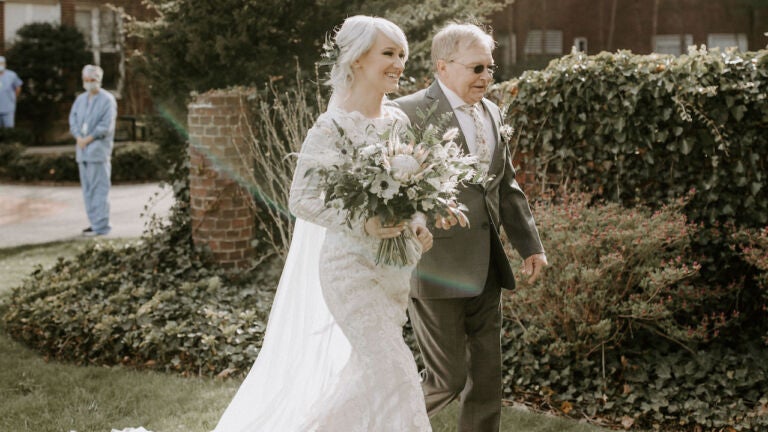 A father had a heart attack the morning of his daughter's wedding. Beverly Hospital made sure he could still walk her down the aisle.