KEY BISCAYNE, Fla. – The NFL isn’t making any changes this offseason to its overtime rules.

A proposal by the Kansas City Chiefs to guarantee each team at least one possession in overtime was not ratified by owners during their one-day meeting Wednesday at a Florida resort. The Chiefs’ proposal came back up for consideration after being discussed and tabled at the annual league meeting in March in Phoenix.

No vote was taken by the owners Wednesday on the proposal due to a lack of support. It was clear that the measure would not generate the 24 votes among the 32 teams necessary for ratification.

There will be no change to the NFL’s OT format for the 2019 season. The owners took no vote today, due to a lack of support, on the Chiefs’ proposal to guarantee each team at least one possession in overtime.

The Chiefs made their proposal after losing last season’s AFC championship game on a touchdown by the New England Patriots on the opening possession of overtime. That is the lone scenario by which an overtime game can end after one possession.

Chiefs officials had said they made their proposal out of a sense of fairness, not merely in reaction to the outcome of the AFC title game. Supporters of the proposal contended that such an evenhanded approach to overtime has become more important than ever in this age of high-powered NFL offenses, given the increased likelihood that the team that wins the coin flip to begin overtime will be able to drive to a first-possession touchdown.

But others are wary of extending games any further and argue that a team has no legitimate gripe if its defense fails to stop an opponent from getting an opening-drive touchdown in overtime.

There was some sentiment for making the Chiefs’ proposal apply only to postseason games, when the stakes are higher and the concern about longer games is lessened. But some within the sport are reluctant to have different sets of overtime rules for regular season and postseason games.

Rich McKay, chairman of NFL’s competition committee, says Chiefs will re-submit their OT proposal next year for consideration for the 2020 season. If there’s going to be a change made then to the NFL’s OT format, it could be made for postseason games only.

The NFL shortened overtime from 15 to 10 minutes for preseason and regular season games before the 2017 season.

The owners also voted Wednesday to authorize the rulemaking competition committee to make a future tweak, if the committee decides to do so before the 2019 season, to the new measure to make pass interference reviewable by instant replay. Owners approved that measure in March in the aftermath of the missed pass interference call in the NFC championship game that helped cost the New Orleans Saints a spot in the Super Bowl.

The system approved by the owners allows coaches to challenge interference calls and non-calls in the first 28 minutes of each half; the decision to review any interference call in the final two minutes of each half must be made by the replay assistant. The competition committee now has the authority to eliminate the replay assistant from the decision-making process and have all replay-for-interference determinations made by coaches under the existing challenge system.

The league is wary of the number of stoppages in play that could result from the replay assistant being in charge of initiating all interference-related reviews in the final two minutes of each half. The competition committee plans to exempt Hail Mary plays from being reviewable by replay for pass interference. A desire to keep coaches from challenging Hail Mary plays had been the original reason for putting the final two minutes of each half under the purview of the replay assistant. 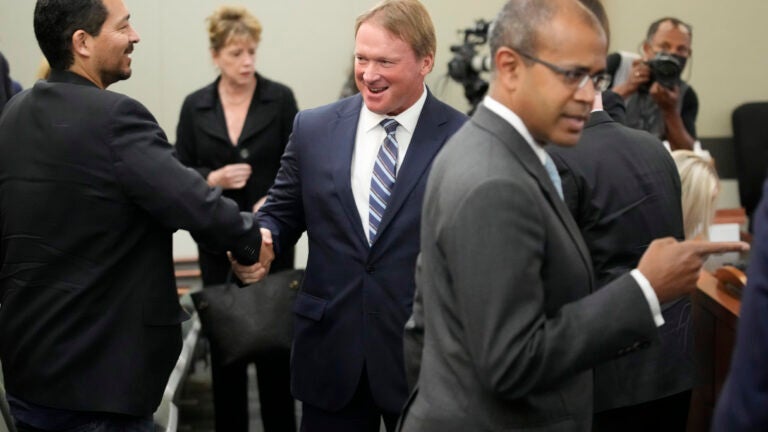