LeBron James couldn’t help but notice that Fox News host Laura Ingraham, who once dismissed political comments he made by telling him to “shut up and dribble,” was far more encouraging of Drew Brees’ criticism of protests during the national anthem.

Laura Ingraham to LeBron and KD: “Shut up and dribble!”

To Drew Brees: “He’s allowed to have an opinion.” 🧐 pic.twitter.com/PtEBHdPh7o

In an animated post Thursday on Twitter, the Los Angeles Lakers star told his 46.3 million followers that “this treatment right here,” referring to Ingraham’s remarks the night before, helps explain “why the protesting is going on” in the first place.

We will never just “shut up and dribble” #blacklivesmatter pic.twitter.com/98tUB3IxjM

On Ingraham’s show Wednesday, she declared that Brees “finds himself in this scalding cauldron of hate,” after the New Orleans Saints quarterback said earlier in the day that he “will never agree with anybody disrespecting the flag of the United States of America or our country.” With protests roiling the country in the wake of the killing of an unarmed black man, George Floyd, by a white police officer, Brees had been asked if NFL fans could expect to again see demonstrations against police brutality and racial injustice, as first staged by former San Francisco 49ers quarterback Colin Kaepernick, when the league resumes play.

Brees’ comments immediately drew a huge backlash, including from some Saints teammates and from James, and on Thursday the quarterback issued an apology for making “comments that were insensitive and completely missed the mark on the issues we are facing right now as a country.”

To Ingraham, though, Brees should have been “allowed to have his view of what kneeling and the flag means to him.”

“This is beyond football, though,” Ingraham continued. “This is totalitarian conduct. This is Stalinist.”

Ingraham struck a different tone in early 2018, after James and fellow NBA standout Kevin Durant sharply criticized President Donald Trump. James, who had called Trump a “bum” several months earlier, said that the president is “someone who doesn’t understand the people, and really don’t give a f- about the people.”

“You need to empower people, you need to encourage people, and that’s what builds a great team,” Durant said at the time. “And I feel like our team, as a country, is not run by a great coach.”

Calling their comments “ignorant,” Ingraham said on her Fox News show, “You’re great players but no one voted for you.”

“Millions elected Trump to be their coach,” she added then. “So keep the political commentary to yourself – or, as someone once said, shut up and dribble.”

The outcry over Ingraham’s 2018 remarks led to her issuing a statement in which she said, “If pro athletes and entertainers want to freelance as political pundits, then they should not be surprised when they’re called out for insulting politicians. There was no racial intent in my remarks; false, defamatory charges of racism are a transparent attempt to immunize entertainment and sports elites from scrutiny and criticism.”

By referring to the ongoing protests, though, James strongly suggested Thursday that he saw racial bias in Ingraham’s defense of Brees’ right to speak his mind.

In a reply to a tweet that juxtaposed video of Ingraham’s comments about him and Durant with those she made about Brees, James exclaimed, “If you still haven’t figured out why the protesting is going on. Why we’re acting as we are is because we are simply F-N tired of this treatment right here! Can we break it down for you any simpler than this right here???? And to my people don’t worry I won’t stop until I see CHANGE!!!”

If you still haven’t figured out why the protesting is going on. Why we’re acting as we are is because we are simply F-N tired of this treatment right here! Can we break it down for you any simpler than this right here???? 🤦🏾‍♂️. And to my people don’t worry I won’t stop until I see https://t.co/e4pJ0PvwJj

Other NFL players were even sharper Thursday in their criticism of Ingraham. Tampa Bay Buccaneers wide receiver Mike Evans tweeted, “People like her are [expletive] disgusting.”

“Wow… so Bron and KD need to shut up and dribble… but DREW BREES (white man) can have opinions,” tweeted Los Angeles Chargers wide receiver Keenan Allen. He added, “RACISM!!!”

New York Jets safety Jamal Adams wondered aloud, “How does she still have a job?”

“This is the reality we live in,” tweeted running back Alvin Kamara, a teammate of Brees on the Saints. “This isn’t about pinning black against white, but more so about the narrative that is created when a black person speaks and when a white person speaks. Pay attention. This is why we protest! This is why we take a knee! To be HEARD. Nothing more.”

This is the reality we live in. This isn’t about pinning black against white, but more so about the narrative that is created when a black person speaks and when a white person speaks. Pay attention. This is why we protest! This is why we take a knee! To be HEARD. Nothing more. pic.twitter.com/vMQ2QvvaNN

In 2018, after Ingraham chided him and Durant, James said that her derision “lets me know that everything I’ve been saying is correct, for her to have that type of reaction.”

James eventually put Ingraham’s comment to use as the title of a Showtime series, “Shut up and Dribble,” for which he served as an executive producer. The three-part documentary series touted itself as providing “a powerful inside look at the changing role of athletes in our fraught cultural and political environment, through the lens of the NBA.”

Before firing back at Ingraham, James used his online platform Wednesday to take the decorated quarterback to task for conflating protests of racial injustice with “disrespecting the flag.”

“Is it still surprising at this point. Sure isn’t!” James wrote, several hours before Ingraham’s show aired. “You literally still don’t understand why Kap was kneeling on one knee?? Has absolute nothing to do with the disrespect of and our soldiers (men and women) who keep our land free.” 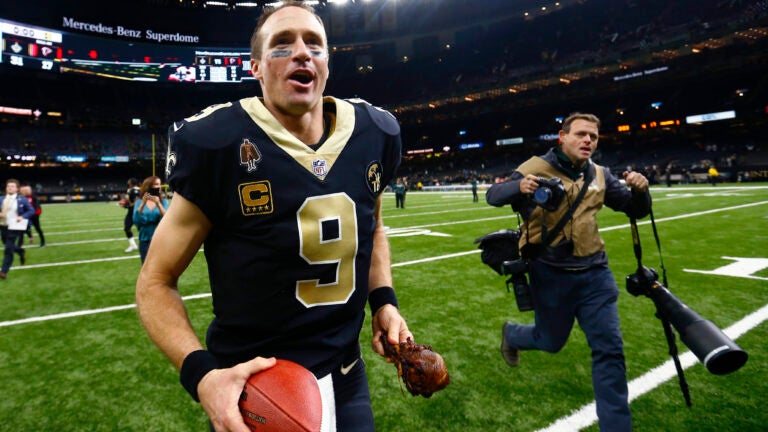