The Philadelphia Eagles have penalized wide receiver DeSean Jackson “for conduct detrimental to the team” days after he posted images of quotations falsely attributed to Adolf Hitler and praising Nation of Islam leader Louis Farrakhan, who has long espoused anti-Semitic ideals.

“We have had a number of constructive conversations over the last few days, not only with DeSean Jackson, but also with many other players, members of the organization, and leaders in the community,” the Eagles said in a statement Friday. “That has led us to the point where we and he are ready to take the next steps.

“In our many conversations with him, it has also been made clear that this is only the beginning. We have discussed a concrete plan for how we and he can heal moving forward. He understands that in order to remain on the team, he must also commit to supporting his words with actions. We have been encouraged by his desire to educate himself, but we all understand that there is still a lot of work to be done. We will continue to assist DeSean in this process, and we also know that all of us in our organization need to listen and learn more about things that are unfamiliar or uncomfortable to us.”

Jackson reportedly has been fined by the club. According to the NFL’s collective bargaining agreement, the 12-year veteran can be suspended up to four games without pay for conduct detrimental to the team. The maximum fine is one week’s pay, which would amount to $364,706 for Jackson, who has a base salary of $6.2 million.

Former NBA player Stephen Jackson defended the star wideout while making controversial comments of his own, stating, “I don’t think [Jews] stand up for [black people] as much as they should.” And former Eagles teammate Malcolm Jenkins posted a video to Instagram on Friday, downplaying the impact of Jackson’s comments in an effort to maintain focus on the Black Lives Matter movement.

“We can honor the Jewish heritage and trauma while staying focused on what matters,” Jenkins wrote in a caption that accompanied the video. “Jewish people aren’t our problem, and we aren’t their problem. Let’s not lose focus on what the problem truly is, and that’s that black lives still don’t matter in this country.”

“Comments were made, and they were wrong. Allow those who were impacted by it to voice their grievances,” Jenkins said in the video. “But we’ve got to stay focused, because Breonna Taylor’s killers are still not arrested. We’re still fighting for justice. We’ve got a lot of work to do, and this ain’t it. Stay focused.”

The Eagles’ announcement of discipline comes one day after owner Jeffrey Lurie’s documentary company announced it had completed its first film, “The Meaning of Hitler.” The company, Play/Action Pictures, had been working on the project for three years with Lurie (who is Jewish) as an executive producer.

At some point over the holiday weekend, Jackson posted an Instagram story to his 1.4 million followers showing an image of a book page containing quotes allegedly from Hitler saying “the white Jews knows that the Negroes are the real Children of Israel,” that they “will extort America” and that “their plan for world domination won’t work if the Negroes know who they were.”

According to Snopes.com, Hitler never said the quotation highlighted by Jackson. The fact-checking site says the passage “originated in an unsourced article published by a disreputable web site” and “appears to loosely string together an entire ecosystem of impossibly far-fetched and completely unsourced conspiracy theories.”

In an Instagram post Sunday, Jackson posted an image of Farrakhan, whom the chief executive of the Anti-Defamation League has described as a purveyor of “serial, congenital anti-Semitism.” Jackson called the Nation of Islam leader “powerful.”

Also Monday, Jackson again published an unedited image of the page in question, this time adding a caption saying “anyone who feels I have hate towards the Jewish community took my post the wrong way” and “I have no hatred in my heart towards no one !! Equality Equality.”

The Eagles – whose owner (Lurie) and general manager (Howie Roseman) are Jewish – said in a statement Tuesday that they considered Jackson’s comments “offensive, harmful, and absolutely appalling” and “will take appropriate action.”

Jackson also posted a written statement Tuesday evening, apologizing “to the Jewish community, Jeffrey Lurie, Howie Roseman, [Coach] Doug Pederson, the Eagles organization and our fans for the insensitive and ill-informed posts that I shared on my social media.”

“My intention was to uplift, unite and encourage our culture with positivity and light. Unfortunately, that did not happen. I unintentionally hurt the Jewish community in the process and for that I am sorry!”

In a statement, the NFL said: “DeSean’s comments were highly inappropriate, offensive and divisive and stand in stark contrast to the NFL’s values of respect, equality and inclusion. We have been in contact with the team which is addressing the matter with DeSean.”

Joe Banner, who was team president when the Eagles drafted Jackson in the second round of the 2008 draft and is also Jewish, condemned Jackson’s comments on Twitter.

“Although Mr. Jackson later posted that he ‘has no hate in his heart,’ his amplification of hate-filled messages sent a very different message,” the statement read. “. . . We appreciate Mr. Jackson’s apology and his removal of the offensive posts, and we hope that he will take this opportunity to work with the Jewish community and become educated about how dangerous and pernicious antisemitism and all forms of hate are.”

In his written apology Tuesday evening, Jackson pledged to “fully educate myself and work with local and national organizations to be more informed and make a difference in our community.”

In 2019, his first season back with the Eagles after five with Washington and Tampa Bay, the 33-year-old Jackson played in only one full game after suffering a core muscle injury in Week 2 that required surgery. He hasn’t played a 16-game season since 2013. Jackson is entering the second season of a three-year contract, and the Eagles would suffer a sizable dead-cap hit if they released him.

The Washington Post’s Mark Maske contributed to this report. 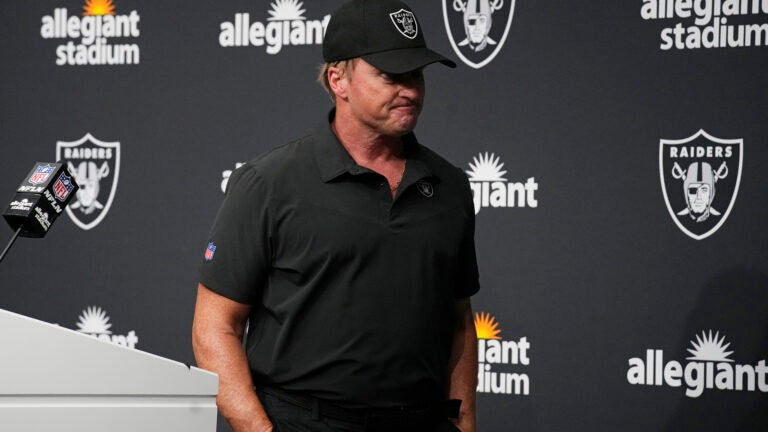