As owner Daniel Snyder prepares to rename Washington’s NFL team amid extreme pressure and the franchise’s minority owners are actively seeking to sell their shares, several women have detailed repeated instances of sexual harassment that have lingered around the organization for some time.

In interviews with The Post, 15 former female employees described numerous incidents in which executives and scouts made unwelcome overtures or comments of a sexual nature and in some cases were encouraged to wear revealing clothing and flirt with clients to close sales calls.

“I am done with the NFL,” one of the women said, adding that the team “has killed any dream of a career in pro sports.”

Over the past several years many of the team’s current and former employees have been critical of the culture they experienced under Snyder and former team president Bruce Allen. In The Post story, the 15 former female employees detailed their experiences in a workplace where executives berated them and commented inappropriately about their appearances.

The women said they often felt helpless and believed complaints about the executives’ behavior were ignored. One woman, Emily Applegate, said she assumed Allen, who was not accused of inappropriate behavior, knew what was happening because his office was just 30 feet away from her and saw her “sobbing at my desk several times every week.”

Allen, who was fired at the end of last year, did not reply to interview requests.

The story notes that the team’s human resources staff consisted of one full-time staffer, who also performs administrative duties at the team headquarters. That means just one person is responsible for more than 220 full-time employees.

Women, interviewed by The Post said they often were told informally by veteran female staffers which male employees avoid and to stay away from places such as the open stairwell in the middle of the team’s facility, where men could look up their skirts.

In a statement, the team said it hired a new human resources manager in 2019, and this employee works with the team’s legal department on any issues involving employee conduct.

3. Snyder belittled executives, helping to create an uncomfortable workplace for everyone.

Snyder was not accused of harassment but was described as belittling to his senior employees. Women who worked for Dennis Greene, the former president of business operations, said Greene made them uncomfortable by encouraging them to wear low-cut blouses and tight skirts when meeting sales clients but also were conflicted in their feelings about him given the way they saw Snyder treat him.

For instance, a former employee said Snyder constantly teased Greene about being a cheerleader in college and once made him do cartwheels at the end of an executive staff meeting.

4. The team has hired an outside attorney to study the franchise’s culture.

In a statement on Thursday, Washington’s NFL team said it has hired District of Columbia attorney Beth Wilkinson and her law firm Wilkinson Walsh “to conduct a thorough independent review of this entire matter and help the team set new employee standards for the future.”

Wilkinson’s review is the second the franchise has undertaken in recent days. On July 3, the team announced it is doing a “thorough review” of its longtime name “Redskins.” Earlier this week, the team said that review has started and will result in its retiring the name “Redskins.”

5. Alex Santos, Richard Mann II and Larry Michael all left the team after complaints were raised.

Santos and Mann were fired last Saturday this past week, and Michael abruptly announced his retirement Wednesday afternoon. 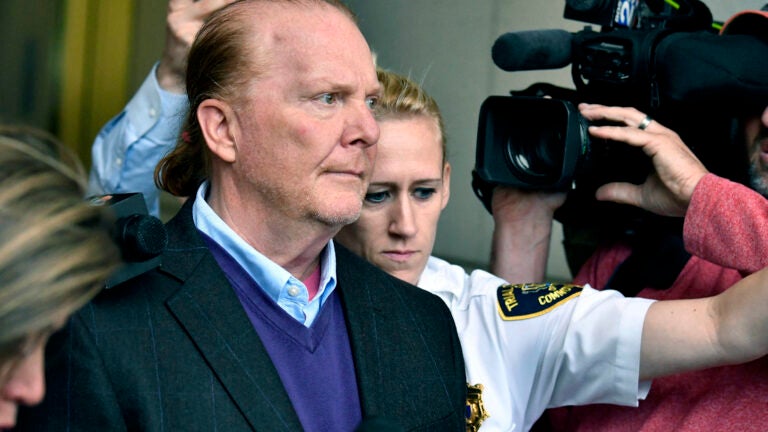