NEW YORK (AP) — The NFL had 77 positive COVID-19 tests from 11 teams re-examined by a New Jersey lab after false positives, and all those tests came back negative.

The league asked the New Jersey lab BioReference to investigate the results, and those 77 tests are being re-tested once more to make sure they were false positives.

Among teams reporting false positives, the Minnesota Vikings said they had 12, the New York Jets 10 and the Chicago Bears nine.

The Jets canceled a walk-through Saturday night but had a full practice Sunday morning after the previously positive tests came back negative. The Bears moved their practice scheduled for Sunday morning to the afternoon.

The Detroit Lions had a player with a false positive test from the same lab in New Jersey and he was held out of practice Sunday, a league source told The Associated Press. The person spoke on condition of anonymity because the league and team were not disclosing test results.

The Pittsburgh Steelers said they had six false positives and those players will be back at practice Monday. The Philadelphia Eagles held out four players from working out Sunday. The Cleveland Browns initially canceled practice, but after re-testing turned up negative tests they decided to have their workout.

There are five labs nationwide that service the 32 teams, with only the New Jersey facility having the false positives this weekend.

The number of positive COVID-19 tests from a specific facility that might actually be false demonstrates the precarious position the NFL is in less than three weeks from the regular-season opener.

“Definitely probably better that this happened now than three weeks from now,” said Buffalo Bills general manager Brandon Beane, whose club had some of those positive results. “But it seems like every few weeks, or even every week, something’s going on. Who know what the next curveball will be?”

Beane said tests in the Northeast had gone “haywire,” and called it “a lab issue and not a true issue with our guys currently” after several Bills were held out of practice.

Anyone testing positive for COVID-19 — even a false positive upon a retest — is required to have two more negative tests before being cleared to return.

The NFL uses BioReference for all of its COVID-19 testing, though tests are handled by labs throughout the nation to ensure teams get results quickly — hopefully within 24 hours. Heading into this weekend, there had been four confirmed positive tests for players who were at training camps.

“Clubs are taking immediate precautionary measures as outlined in the NFL-NFLPA’s health and safety protocols to include contact tracing, isolation of individuals and temporarily adjusting the schedule, where appropriate,” the NFL said in a statement. “The other laboratories used for NFL testing have not had similar results.”

Jets offensive lineman Leo Koloamatangi, who opted out of playing this season because of family health concerns, tweeted: “Wishing nothing but safety and great health over my brothers and their families right now. As it turns out, testing isn’t as reliable as we’d all hoped.”

The Bears were alerted Sunday morning about the test findings.

“That’s where I was really excited for the way we went about communicating with the coordinators, the coaches, the players early, just letting them know, ‘Hold on for the now. We’re gonna delay this thing. Let us work through this a little bit,’” Bears coach Matt Nagy said.

Beane stressed the need for transparency throughout the Bills’ organization and said some players were on a conference call with the NFL’s chief medical officer, Dr. Allen Sills.

“We had an open dialogue with our players,” he explained. “We even had some of our leadership crew of players on with Dr. Sills this morning just hearing directly with him, who’s aware of all these tests that have gone a little bit haywire here in the Northeast.

“And I think that was good for them to hear, because naturally, if you’re going to be out there tackling and blocking and things like that, passing the ball around, people might be unnerved if we got some guys missing.”

The Browns said initial results from the lab indicated multiple “presumptive positive cases” that included coaches, players and staff. The team did not disclose the number of positive tests and had resumed the scheduled practice about four hours after calling it off.

The team also did a thorough cleaning of the facility in Berea, Ohio.

“We’ve concluded our re-testing of each initial presumptive positive result from yesterday among players, coaches and staff,” a team spokesperson said.

“All have come back as negative, which is consistent with the irregularities across the league from multiple teams. As a result, we are reopening our building and will resume football activities this afternoon. As per protocol, the individuals with test results in question may not re-enter the building until they receive another negative test result tomorrow.” 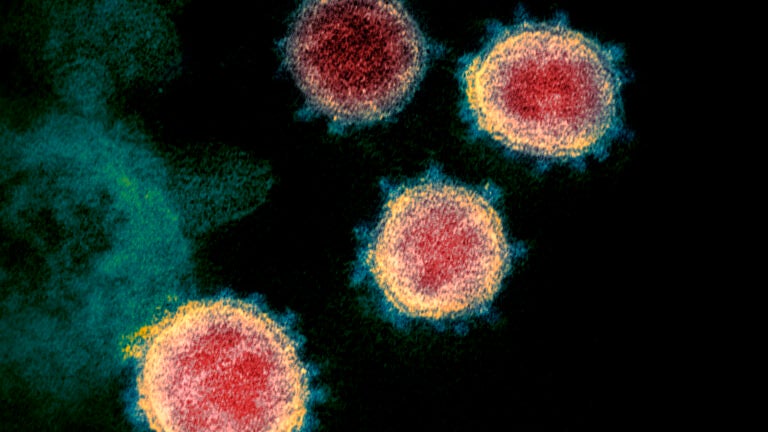