LAS VEGAS (AP) — Shaking off a banged-up left shoulder, Josh Allen threw for two touchdowns and rushed for another, leading the Buffalo Bills to a 30-23 victory over the Las Vegas Raiders on Sunday.

Buffalo has opened consecutive seasons with 4-0 records, just the third time in team history and first since 1991 and ’92, both seasons when the Bills lost in the Super Bowl.

The Bills have scored at least 30 points in three consecutive games, and are averaging 30.75 points per game, third highest in the NFL.

Off to a sensational start to the season, Allen carved up a Raiders secondary with precision passes over the middle, to the sidelines, or between defenders. Allen continued to mesh well with offseason acquisition Stefon Diggs, who finished with six receptions for 115 yards.

Derek Carr had a strong performance for the Raiders, going 32 for 44 for 311 yards and two touchdowns. Carr, who has yet to throw an interception this season, surpassed Ken Stabler and set a franchise record with 151 career touchdown passes.

Allen was brilliant in the first half, finishing 15 of 20 with two touchdowns. His 26-yard strike to Gabriel Davis on the opening drive was his 13th TD of the season, surpassing Ryan Fitzpatrick (12) for the most total touchdowns by a Bills player in the first four games of the schedule. Allen also found Cole Beasley for an 11-yard reception to push Buffalo’s lead to 14-3.

The Bills not only survived their first road trip out west, they also survived a scare when Allen was taken to the locker room late in the first half with the shoulder injury. Allen fell awkwardly and appeared to injure himself after sprawling in the air and shoveling an 8-yard left-handed pass to Diggs. He was back on the bench moments later, knelt on the final play of the half, and returned in the second half — to pick up where he left off.

After seeing Las Vegas cut the lead to 17-16 midway through the third quarter, Buffalo’s defense came to life, stopping the Raiders on four consecutive possessions. Las Vegas gave the ball back to the Bills by way of punt, fumble, downs and another fumble before scoring on its final possession.

Las Vegas resident John Maurer, 59, didn’t waste any time in purchasing tickets to see his beloved Bills for games at Allegiant Stadium, in San Francisco, and in Glendale, Arizona. The lifelong Buffalo fan often travels with daughter Taylor, 26, to see their hometown team. Despite the coronavirus keeping fans outside the venue, it didn’t stop the Maurers from arriving at the Raiders’ new home more than four hours before kickoff.

“We had tickets, we wanted to be here,” John Maurer said. “We decided we’re going to come down this morning, take on as much as we can at Allegiant Stadium, maybe bump into some other Bills Mafia while we’re here.”

The father-daughter duo went to last year’s playoff game in Houston, too.

“Bills Mafia travels all over the country, regardless of whether or not we can’t be in the stadium to support the team,” said Taylor Maurer, whose Bills-themed jacket was highlighted with “Bills Mafia” on the back. “They know we’re out here hanging out there for them.”

Bills: CB Levi Wallace left with a left ankle injury in the first quarter and did not return.

Raiders: CB Lamarcus Joyner was assisted off the field three times in the first half, the final time with injured ribs, but returned to play in the second half. … DT Maliek Collins injured his shoulder in the third quarter and did not return.

Bills: travel to Tennessee next Sunday 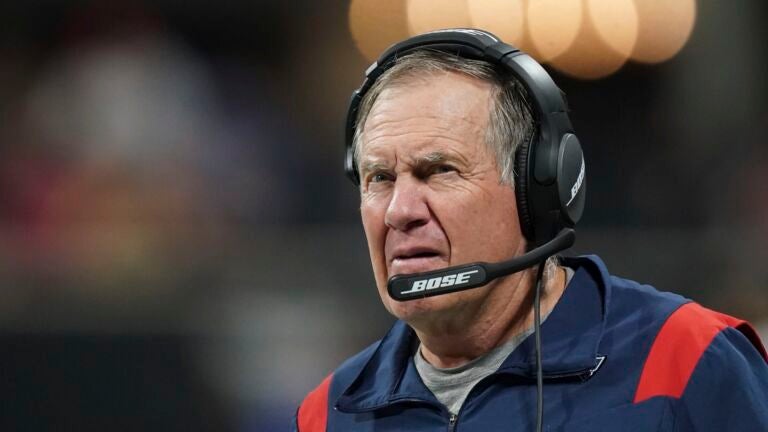 What NFL experts are predicting for Sunday’s Patriots-Titans game