The NFL has shifted the Las Vegas game against Tampa Bay out of prime time after several Raiders players have been unable to practice this week because of contact tracing from the coronavirus.

The game in Las Vegas was originally scheduled to be played at 5:20 p.m. PDT Sunday night in the national television window on NBC but now has been moved to 1:05 p.m. PDT in a regional window on Fox.

The game between the Seahawks and Cardinals in Arizona has been moved into the prime-time window.

The league says the changes were made out of an “abundance of caution” to make sure a game would be available for Sunday night.

The Raiders placed starting right tackle Trent Brown on the reserve/COVID-19 list Wednesday after he tested positive for the coronavirus.

The team also sent home the other four starting offensive linemen, left tackle Kolton Miller, guard Denzelle Good, center Rodney Hudson and right guard Gabe Jackson, while officials determine how much contact those players had with Brown. Safety Johnathan Abram also has been unable to practice because of contact tracing. 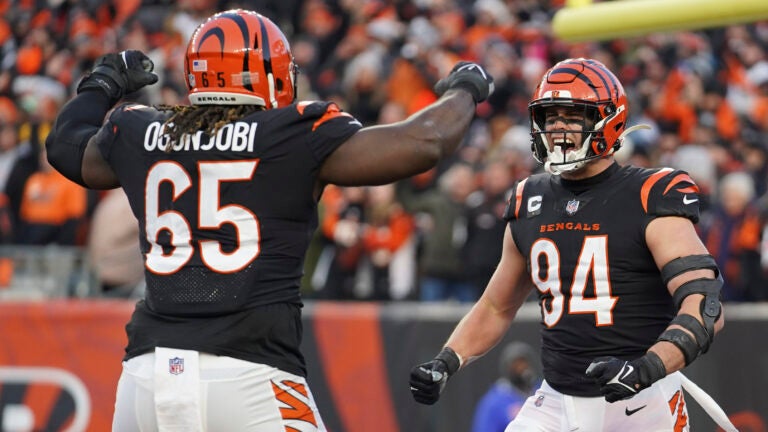 Bengals hold on, finally win in playoffs, 26-19 over Raiders