For all of its controversies in recent years, the NFL still dominates television ratings among adults through the fall and into the winter.

Now the league and one broadcast partner have found a way to target a new demographic: Kids.

Also, anyone who likes slime.

The NFL announced Tuesday that its late afternoon wild-card game on Sunday, January 10 (4:30 p.m.) kickoff will feature a “slime-filled” presentation on Nickelodeon as well as the standard broadcast on CBS.

The broadcast will feature kid-focused content that will include on-field virtual filters that will make it appear as though the end zone is filled with slime, a feature of the network’s long-running show “Double Dare.”

Among other cartoonish bells and whistles, players’ eyes will appear to bug out on replays.

“This is a first of its kind presentation for the NFL together with Nickelodeon, and we are very excited to create a unique telecast that will maximize the co-viewing appeal for kids and families, while maintaining the integrity of the game and its traditions,” said Sean McManus, Chairman, CBS Sports, in a statement.

The game will be called by play-by-play voice Noah Eagle and CBS analyst Nate Burleson, as well as Nickelodeon star Gabrielle Neveah Green. Another Nickelodeon personality, 14-year-old actor Lex Lumpkin, will serve as the sideline reporter.

The network’s coverage will begin with “The SpongeBob SportsPants Countdown Special,” a sports-themed compilation, at 4 p.m. hosted by the Broncos’ Von Miller. Jim Nantz and Tony Romo, CBS’s top broadcast team, will make an appearance.

The halftime show will feature a sneak preview of the new program “Kamp Koral: SpongeBob’s Under Years,” featuring the early years of the popular character SpongeBob SquarePants. 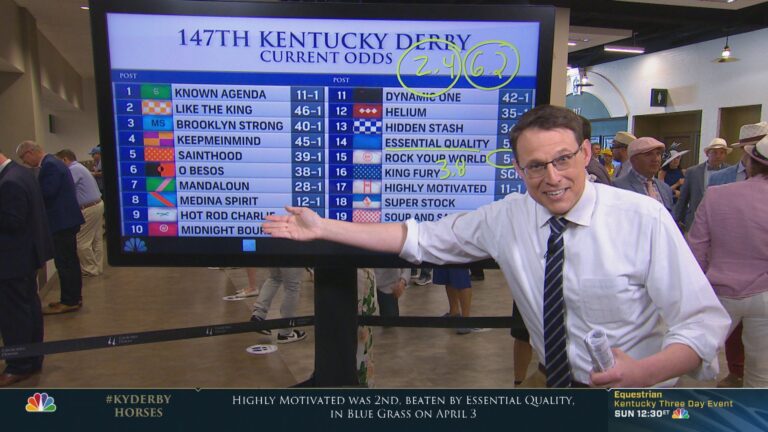 Steve Kornacki proves good at calling all types of races