Britt Reid, an assistant coach for the Kansas City Chiefs and the son of head coach Andy Reid, was involved in a multiple-vehicle accident that reportedly injured two children Thursday night in the Kansas City, Mo., area.

One of the children suffered life-threatening injuries, according to the Kansas City Police Department.

The Chiefs said in a written statement Friday that they were aware of the incident.

“The organization has been made aware of a multi-vehicle accident involving Outside Linebackers Coach, Britt Reid,” the team said. “We are in the process of gathering information, and we will have no further comment at this time. Our thoughts and prayers are with everyone involved.”

Kansas City television station KSHB reported that Britt Reid was the driver being investigated for possible impairment. The station reported that, according to a search warrant, a police officer said that “a moderate odor of alcoholic beverages” was detectable and Britt Reid’s eyes were bloodshot and red. According to the warrant application cited in the station’s report, Reid told the police officer that he’d had two to three drinks and also took Adderall by prescription.

The officer wrote in the warrant that he observed signs of impairment and his request to draw blood from Reid, made after Reid was transported to a hospital due to stomach pain, was approved by a Jackson County Judge, the station reported. According to the station, the accident occurred on an interstate near the Chiefs’ practice facility just after 9 p.m. local time Thursday.

Police said they responded to a three-vehicle collision on an entrance ramp to I-435 with life-threatening injuries. According to police, a Chevrolet Impala was on a ramp from Stadium Drive and ran out of gas. That vehicle was stopped with its flashers on initially, but the battery was dying. The driver called his cousins for assistance, according to police. They responded and parked a Chevrolet Traverse, with its lights on, by the stalled vehicle. Both vehicles were struck by a Ram pickup truck traveling on the ramp to reach the interstate.

The Chiefs are scheduled to travel to Tampa on Saturday and face the Tampa Bay Buccaneers in Sunday’s Super Bowl at Raymond James Stadium. The Chiefs confirmed in a Super Bowl pool report Saturday that Britt Reid would not travel with the team to Tampa. According to the pool report, Andy Reid will make the trip to Tampa and will coach in Sunday’s game.

The NFL did not respond to a request for comment. Britt Reid eventually could face discipline under the league’s personal conduct policy. The NFL generally waits for the legal process to play out before imposing potential disciplinary measures.

The Chiefs spent this week in Kansas City, practicing at their own facility, because of changes to the usual Super Bowl procedures brought on by the coronavirus. Teams normally spend the week leading up to the Super Bowl in the city in which the game is to be played.

Britt Reid, 35, was sentenced to eight to 23 months in jail and five years’ probation in 2007 on gun and drug charges after pointing a gun at another driver following a dispute. In 2008, he pleaded guilty after being arrested the previous year on a driving under the influence charge.

Garrett Reid, an elder son of Andy Reid, died of a heroin overdose in August 2012 at the Philadelphia Eagles’ training camp, when Andy Reid coached that team. Garrett Reid was 29 and was at the time assisting the Eagles’ strength and conditioning coach. Authorities announced following an investigation that anabolic steroids were found in the room in which Garrett Reid had been staying at Lehigh University in Bethlehem, Pa.

Garrett Reid had been sentenced to nearly two years in prison on charges related to a 2007 accident that injured another driver. Police said that he was under the influence of heroin and found heroin and more than 200 pills in his vehicle. He was arrested on the same day as Britt Reid. 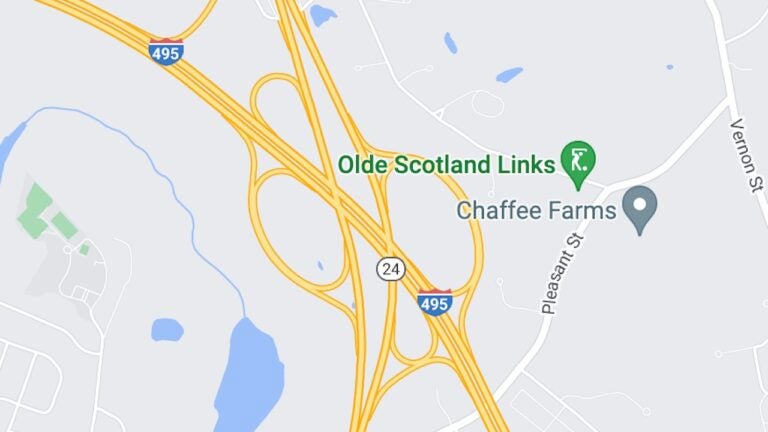