Cam Newton’s future in the NFL is still a major question mark, and it seems as though everyone has an opinion about whether another season with the Patriots is a possibility.

Mike Reiss and Keyshawn Johnson of ESPN both believe the quarterback could return to the Patriots even after a rocky performance on the field last season. NFL Network’s Mike Giardi, speaking on WEEI on Tuesday, said he puts the odds at about “35, 40 percent” that the Patriots bring Newton back.

In the meantime, Newton posted a vlog in which he shared what he’s been up to since football season ended.

He said his first destination of the offseason was Los Angeles, where he worked on creating a new Black History Month line of hats for his company, Meshika, featuring Malcolm X, Rosa Parks, and Harriet Tubman.

While in Los Angeles, he’s also sharpened his skills as a thrift store and vintage shopper. He said one of his New Year’s resolutions is to not go overboard buying high fashion, and he’s focused on finding gems in stores that are less expensive while still prioritizing style.

He said he’s reminding himself that “swag isn’t on you, it’s in you.”

“I’ve spent thousands and thousands of dollars, maybe even millions of dollars, on clothes that I only wore once,” Newton said. “To be able to recycle the closet, so to speak, is something that’s challenging, but at the same time, it’s going to be fun to do so throughout this whole year.”

Newton said shopping is one of his “stress defusers,” and he acknowledged that this has been a difficult stretch for him personally. He said he’s relied on meditation as a way to put himself at ease, calling it “a driving force” in his life.

He said he meditates with close friends and loved ones. Newton wants his “third eye” to be open as he continues to heal.

“This past year has been a very trying time for me in many different ways,” Newton said. 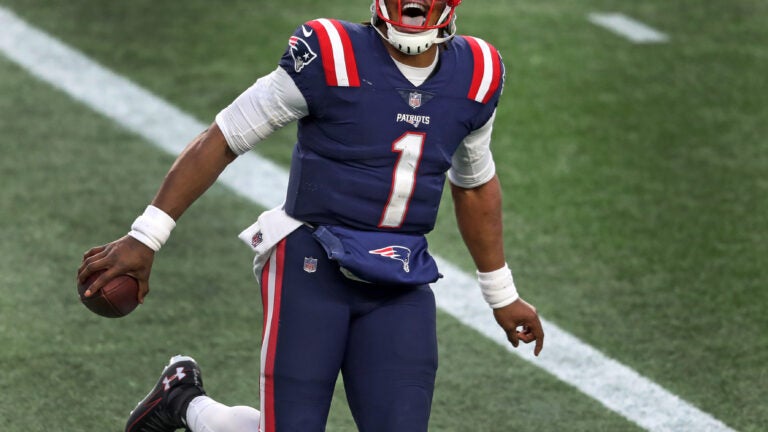 Mike Reiss, Keyshawn Johnson believe Cam Newton could be back with the Patriots