Aaron Rodgers is a Super Bowl champion, the NFL’s reigning MVP, a future NFL Hall of Famer and now — officially — both a winner and a guest host of “Jeopardy!”

None of those accolades, however, left Rodgers immune from being needled in his guest-host debut. In the show’s waning moments on Monday, contestant Scott Shewfelt — the previous day’s champion, whose defeat had already been clinched — took an opportunity to ask Rodgers a question he had clearly been mulling.

The category was Daytime TV Personalities. The answer: “Accepting a Lifetime Achievement Emmy, he said ‘Just take … 10 seconds to think of the people who helped you become who you are.'”

The correct question — somewhat ironically, given the host — was “Who is Mr. Rogers?” Shewfelt’s question: “Who wanted to kick that field goal?”

Someone had to ask, right @AaronRodgers12? pic.twitter.com/UJ9Lt4Y5cM

The answer, of course, is Matt LaFleur — the Packers’ head coach. Shewfelt’s question referenced the NFC title game in January, in which the Packers made a controversial decision on fourth down to kick a field goal trailing 31-23 just eight yards from the end zone. The field goal was good, but Tom Brady and the Buccaneers never gave the ball back and advanced to the Super Bowl.

Asked about the play call after the game, Rodgers paused for a long moment.

On Monday’s show, less than three months removed from the loss, Rodgers chuckled as he read the question, and the audience burst into laughter. Rodgers nodded his head, smiling, and examined his notes.

“That is a great question,” he said, looking up. “Should be correct, but unfortunately for this game today, that’s incorrect.”

Rodgers agreed and informed Trebek that he should consider some sort of celebration after a good show. Trebek turned, stared into the camera, and performed Rodgers’ famous “discount-double check” belt celebration.

In preparing for his debut as the host, Rodgers said his goal was to honor Trebek’s legacy. After Trebek’s death in November, Rodgers said getting to meet Trebek was one of the “few moments in life I’ve been starstruck.”

“Alex did it with such grace and humility,” Rodgers said in an interview with Jeopardy! “I just wanted to bring the same type of approach to let you people know that I was focused, that I cared about it, that I love the game and that I wanted to do him justice.”

Rodgers opened his debut as host by praising Trebek as well.

“Getting to share the stage with the legend Alex Trebek is something I will never forget,” Rodgers said. “Alex was such a gentlemen — so smart, so precise. I was in awe. I will work hard to honor his legacy.”

Rodgers’ performance as the guest host was relatively laid back. He cracked few jokes, save for a reference to Long John Silver — Robert Newton’s character in “Treasure Island” credited for inventing the pirate accent.

“Arrrr, you got it,” Rodgers said, drawing some laughter.

In a pre-taped interview, Rodgers said that he needed some reminders to keep his nerves at bay.

“But I ended up writing on my podium just some code words. ‘Slow down, relax, speak clearly.’” Rodgers said. “Then I put a funny one on there that I was wondering if anyone would see. ‘Don’t pick your nose, don’t pick your butt.’ Just a couple important things.”

Rodgers has not been shy about his desire to be Jeopardy’s full-time host. He outlined exactly what being host of Jeopardy would entail for The Ringer and explained specifically why he wouldn’t need to step away from the game to do so.

“It would be a dream job for sure, and I’m not shy at all about saying I want the job. That’s how I went into it. I want an opportunity to be in the mix.” 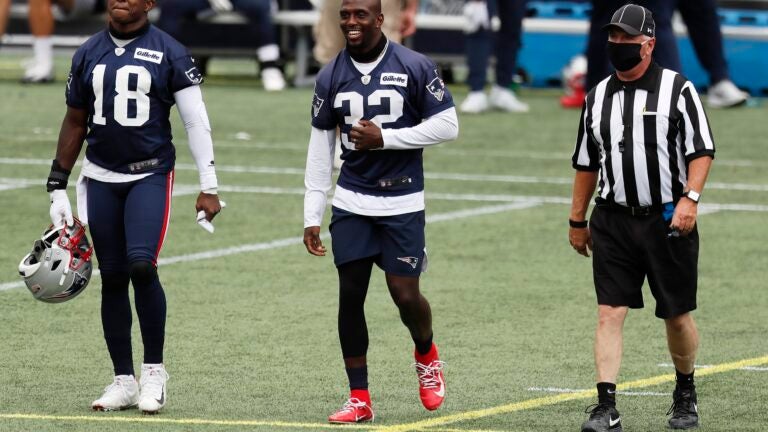