MIAMI GARDENS, Fla. (AP) — Miami quarterback Tua Tagovailoa was carted off the sideline during the first quarter of Sunday’s game against Buffalo with a rib injury.

The Dolphins said he was questionable to return.

Tagovailoa was hit by Buffalo’s A.J. Epenesa on the final play of Miami’s second series. The Dolphins went for it on fourth-and-2 from near midfield, Epenesa was completely unblocked as Tagovailoa dropped back and drove Miami’s quarterback to the turf as he threw.

Tagovailoa remained down for a moment, grimacing and grabbing at his left side. He then got up and tried to get to the Miami sideline, before needing to get back on the ground. He eventually got to the sideline, then was carted to the Dolphins’ locker room.

Jacoby Brissett went into the game as Tagovailoa’s replacement. Tagovailoa was sacked twice on Miami’s first series, then took the big hit from Epenesa in the next series.

Speculation has swirled since August, at least, regarding the Dolphins’ interest in embattled Houston Texans quarterback Deshaun Watson, who has been accused of sexual assault and harassment in lawsuits filed by 22 women.

Watson and his lawyers have denied the accusations against him. No charges have been filed.

Dolphins coach Brian Flores has not confirmed reports that Miami has been involved in trade talks regarding Watson, but said last month that he wants players of high character.

“There are a lot of things we weigh when we’re making decisions — fit on the team, overall talent, salary cap,” Flores said. “When we’re talking about a player or players, we’re always trying to do what is best for the Miami Dolphins. There are a lot of variables. We want a group that is tough, smart, competitive, loves to play and is team first. Those are the types of guys we’re looking for.”

Tagovailoa entered this season nearly two years removed from the hip injury that ended his college career at Alabama. He took over as Miami’s starter midway through last season, his rookie year in the NFL. 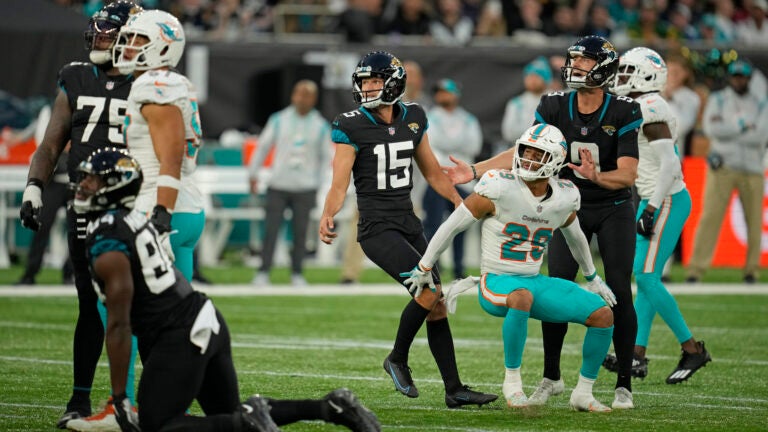