The NFL has fined the Green Bay Packers $300,000 and two of its players, quarterback Aaron Rodgers and wide receiver Allen Lazard, $14,650 each for failing to follow the COVID-19 protocols agreed on by the league and players’ union.

The penalties come about a week after Rodgers tested positive for the coronavirus and his subsequent public statements espousing false and unfounded claims about the COVID-19 vaccines and treatments. Those comments were condemned by public health officials and by some fellow athletes, but the league’s decision focused on his compliance with the rules.

Rodgers and Lazard, who is also unvaccinated, were penalized for attending a Halloween party even though the COVID-19 protocols prohibit unvaccinated players from gathering outside the team facility in a group of more than three players.

Rodgers also did not wear a mask when speaking with reporters, another violation of the league’s rules.

The team, which was notified of the fines late Tuesday and cooperated with the league’s investigation, was penalized far more than the players because it did not do more to police their behavior. The team did not sanction the Halloween party, for instance, but was aware that it took place and did not discipline Rodgers or Lazard and did not report their violations to the league.

“We respect the League’s findings and we recognize the importance of adherence to the COVID protocols to keep our team and organization safe and healthy,” Mark Murphy, the Packers’ team president, said in a statement. “We will continue to educate the team regarding the importance of the protocols and remain committed to operating within the protocols.”

Rodgers, who is in the middle of a 10-day isolation period, missed the team’s 13-7 road loss to Kansas City on Sunday. The earliest he can return is Saturday, though like all unvaccinated NFL players who test positive for the virus, Rodgers must be cleared by a team doctor in consultation with an independent expert after his isolation.

If he is cleared, Rodgers, 37, could play Sunday against the Seattle Seahawks in Green Bay, Wisconsin.

On Tuesday, Rodgers told the Pat McAfee Show that he stood by the comments he made last week about why he has not been vaccinated, but he admitted to being misleading about his status before he tested positive. Rodgers had evaded answering directly when asked if he was vaccinated, saying he was “immunized.”

“I shared an opinion that is polarizing,” Rodgers said. “I get it. And I misled some people about my status, which I take full responsibility of, those comments. But in the end, I have to stay true to who I am and what I’m about. I stand behind the things that I said.”

The fines for Rodgers and Lazard, 25, are similar to those levied against players last season, and were in line with penalties negotiated by the NFL and the players’ union. The penalty against the Packers was largely in line with those against other teams found to have violated the COVID-19 protocols.

Last season, the Tennessee Titans were fined $350,000 for their handling of an outbreak of coronavirus infections that forced the league to reschedule an array of games.

The league did not suspend anyone associated with the Titans, including their coach, general manager and players. Rather, the fine was imposed for the team’s failure to communicate workout protocols and rules governing the wearing of masks in team facilities.

The league fined several coaches and teams last season after they did not abide by its rules, penalizing head coaches seen during games not wearing masks properly $100,000 and their teams $250,000.

Last season, the Las Vegas Raiders were also fined $50,000 after an unauthorized person entered the team’s locker room, potentially exposing players and staff to the virus. Nine players were fined $15,000 each for attending a charity event that was held indoors with hundreds of people who were not wearing masks. A 10th player, Darren Waller, who hosted the event, was fined $30,000.

The New Orleans Saints lost a sixth-round pick in the 2022 draft after repeated violations of the COVID-19 protocols last season during the height of the pandemic.
This article originally appeared in The New York Times. 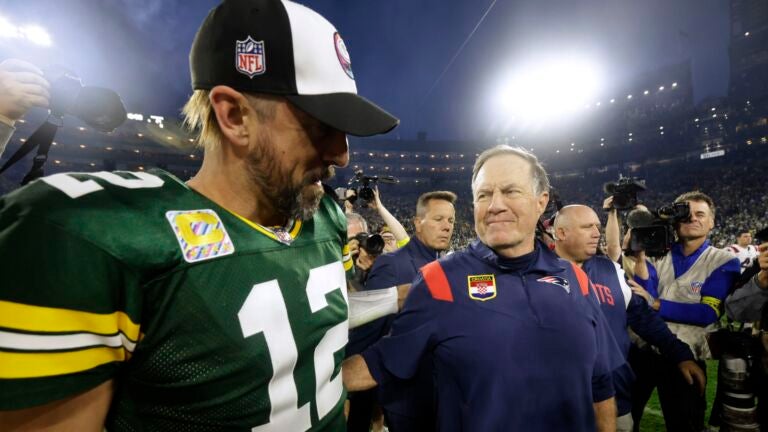 Aaron Rodgers to the Patriots? NFL insider thinks it would be 'very Belichickian.'