Texts messages obtained by Stroud show that Brown’s girlfriend, Cydney Moreau, asked the chef, Steven Ruiz, in early July if he could obtain a Johnson & Johnson vaccination card for Brown. Moreau told Ruiz that Brown would pay $500 for the fake vaccine card, the texts show.

Ruiz told Stroud that he wasn’t able to get the fake vaccine card for Brown when he asked. Brown reportedly told a few people around him that he was concerned about the vaccine’s potentially negative effects on his body. However, Brown did obtain and showed fake vaccination cards to Ruiz just days prior to the start of Buccaneers training camp, the chef alleged.

As noted by Stroud, Brown is never mentioned by name in the texts. But the person in question is referred to as “AB” — a common nickname for Brown.

Brown’s lawyer, Sean Burstyn, denied the allegation in a text to The Times.

“Antonio Brown appreciates the severity of the pandemic, which is why he got the vaccine and supports everyone for whom it is advisable to get the vaccine,” Sean Burstyn wrote. “Coronavirus has hit close to home as it took him out of a game. He is healthy, vaccinated, and ready to win another Super Bowl.

“One of the worst parts of the pandemic has been a movement to cast doubt on our country’s vaccination programs with baseless, vindictive tabloid gossip.”

The Buccaneers, who are one of the few teams in the league who claim to have 100 percent of their players vaccinated, released a statement on the matter Thursday after denying to comment on the original story.

“After an extensive educational process conducted throughout our organization this past offseason highlighting the benefits of the COVID-19 vaccines, we received completed vaccination cards from all Tampa Bay Buccaneers players and submitted the required information to the NFL through the established process in accordance with league policy,” the team wrote. “All vaccination cards were reviewed by Buccaneers personnel and no irregularities were observed.”

In their process of collecting players’ vaccination records, the Buccaneers deployed TB12 cofounder Alex Guerrero, among others, to photograph the vaccination cards. Guerrero took a photograph of Brown’s card, according to Ruiz — who believes Guerrero didn’t know it was fake.

NFL spokesperson Brian McCarthy told the Times that any player who attempts to use a fake vaccine card could be disciplined under the league’s personal conduct policy.

Ruiz also alleged that Brown didn’t pay the $10,000 that the receiver owed him.

Brown’s already missed a game this season after testing positive for COVID-19, sitting out the Buccaneers’ Week 3 loss to the Rams. He’s missed the last three games due to an ankle injury. 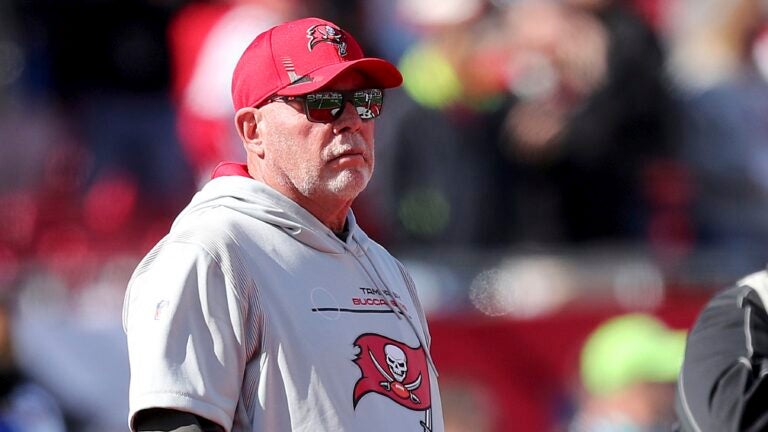