Antonio Brown claims the Buccaneers offered him $200,000 to make him “go to the crazy house” so Tampa Bay ownership could look good in the wake of his abrupt departure from a game against the Jets earlier this month.

Speaking in an interview with Bryant Gumbel that aired Tuesday night on HBO’s “Real Sports,” Brown and his lawyer Sean Burstyn denied the statement from Tampa Bay coach Bruce Arians that Brown was ordered off the field following complaints from the receiver that he wasn’t getting the ball enough.

“False,” Brown said. “It’s not worrying about the ball. Tom Brady is my guy. He’s the reason I’m on Tampa Bay, so I know I’m going to get the ball.”

“The offer was, Antonio would basically sit on the sidelines, go on some list — and commit himself to some form of intensive mental health treatment,” Burstyn said. “And we were specifically told, in writing, by the general manager, twice, ‘Don’t spin this any other way.’ ”

Brown instead pointed to an ankle issue that he had been dealing with, and said the team knew about the injury because they had been injecting him with Toradol, including before the Jets game.

At some point during the game on Jan. 2, Brown said he told Arians he couldn’t play because of the ankle injury.

“Get the [expletive] off the field,” Burstyn alleged Arians said to Brown.

At that point, Brown shed his pads and abruptly walked off the field, through the end zone and down the tunnel.

Brown and Burstyn hinted that a defamation suit against the Buccaneers remains a possibility. When asked for a potential amount, Brown wouldn’t specify, saying only “a whole lot of money.” Brown lamented the fact that the Buccaneers wanted to question his mental health.

“It’s totally disrespect, man,” he said. “Mental health is an important key in the world, so to drag people along and play on people’s mental health, you know, it’s — it’s unfair and unfortunate.”

Brown has been a lightning rod for controversy throughout his career, having been embroiled in multiple lawsuits while playing for several teams, including the Patriots for a brief spell in 2019. This past season, he was suspended for three games for misrepresenting his vaccination status.

After the walk-off incident earlier this month, he was cut loose by Tampa Bay, but still took time to take a jab at the Buccaneers after they were eliminated from the playoffs.

Gumbel asked him, given his history, if he was worried that comments lack credibility and sympathy. Brown quickly dismissed that sentiment. 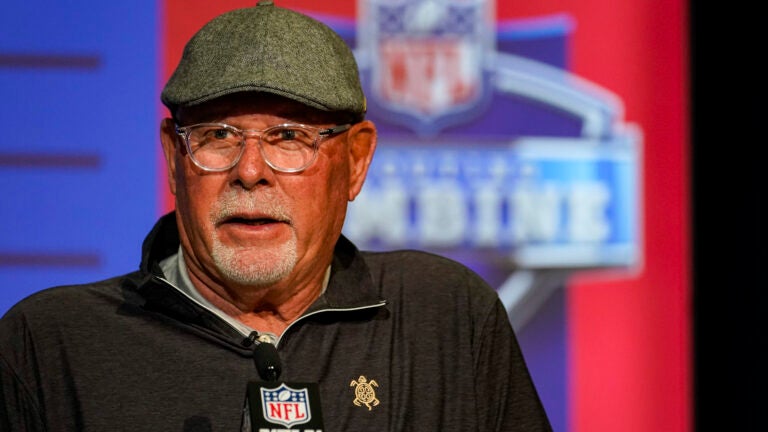