ENGLEWOOD, Colo. (AP) — The Waltons, heirs to the Walmart fortune and America’s richest family, have won the bidding to purchase the Denver Broncos in the most expensive deal for a sports franchise anywhere in the world.

The Broncos announced late Tuesday night they had entered into a sale agreement with the Walton-Penner ownership group led by Rob Walton, his daughter, Carrie Walton Penner, and her husband, Greg Penner.

Terms of the sale weren’t disclosed, but KUSA-TV in Denver reported it was for $4.65 billion.

Boehly reportedly was among the investors with one of the five finalists who were invited to make bids for the Broncos by Monday’s deadline.

The agreement for the Walmart-Penner group to buy the franchise from the Pat Bowlen Trust must be approved by the NFL, but that is considered a formality.

“While this purchase and sale agreement is pending approval from the NFL’s finance committee and league ownership, today marks a significant step on the path to an exciting new chapter in Broncos history,” team president and CEO Joe Ellis said in a statement.

“I have enjoyed getting to know Rob Walton, Carrie Walton Penner and Greg Penner throughout this process,” Ellis said. “Learning more about their background and vision for the Denver Broncos, I am confident that their leadership and support will help this team achieve great things on and off the field.”

Rob Walton said in a statement, “We are thrilled to be selected to move forward with the purchase of the Denver Broncos! Carrie, Greg and I are inspired by the opportunity to steward this great organization in a vibrant community full of opportunity and passionate fans.

“Having lived and worked in Colorado, we’ve always admired the Broncos. Our enthusiasm has only grown as we’ve learned more about the team, staff and Broncos Country over the last few months,” Walton added.

Walton said Mellody Hobson, co-CEO of Ariel Investments and chairwoman of Starbucks, has agreed to join the ownership group.

Hobson is Black. NFL commissioner Roger Goodell has made minority ownership a point of emphasis in the league.

“Mellody currently serves as Chair of the Board of Starbucks Corporation and is also a director of JPMorgan Chase. We know she will bring her strategic acumen and leadership perspective to our team,” Walton said.

“We look forward to earning the confidence and support of the NFL as we take the next step in this process. When the necessary approval procedures are met, our family is excited to share more with Broncos fans, the organization and the community.”

Walton, 77, was chairman of Walmart, the world’s largest retailer, from 1992-2015, when he retired. He is the eldest son of founder Sam Walton and Helen Walton and has an estimated net worth of nearly $60 billion.

First-year coach Nathaniel Hackett demurred when asked Monday during offseason workouts if he’s kept up with the sale process.

“My job is to get the team ready and teach systems and teach them to come together as a team and get them better at football,” Hackett said. “I know that’s obviously a huge, huge deal. But for us it’s about winning no matter who is going to own the team, so I’m excited.”

After a first round of bids, five finalists were invited to tour the team’s facilities and take a deeper dive into the franchise’s finances. Hackett said he met with most of the billionaire bidders.

“They want to come to win, and they want to do something great here. And so wherever it is, I think we’re going to be very grateful.”

The Pat Bowlen Trust has run the franchise for several years and last year put the club up for sale after Hall of Famer Pat Bowlen’s children couldn’t concur on a successor to their father.

Bowlen died in 2019, a month shy of his induction into the Pro Football Hall of Fame. 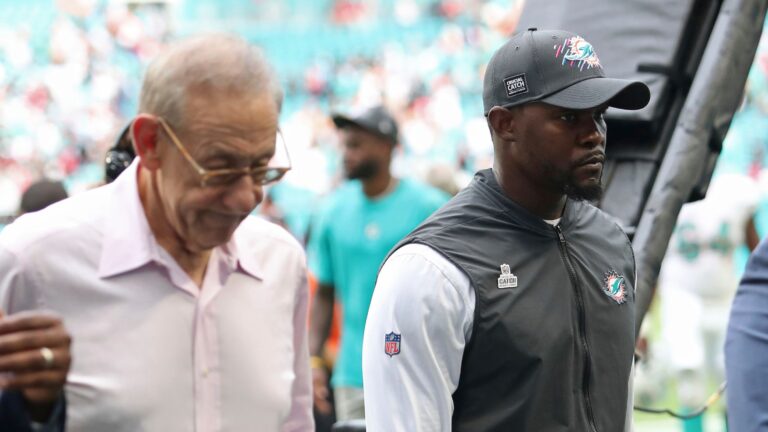