The punishment is connected to the alleged recruitment of Tom Brady to Miami, a deal that fell apart after former Dolphins coach Brian Flores sued the team, alleging racial discrimination.

In a release issued midday Tuesday, the NFL said it found that the Dolphins had “impermissible communications” with Brady in 2019, his final season with the Patriots.

The communications began as early as August of that year, according to the investigation led by attorney Mary Jo White, and continued as the Patriots finished 12-4 and lost to the Titans in the wild-card round of the playoffs.

The investigation found that Bruce Beal, the Dolphins’ vice chairman/limited partner, led many of the discussions. Beal has been fined $500,000 and is banned from attending league meetings through the end of the year.

Delivering exclusive analysis and commentary on the Patriots and the NFL right to your inbox, three times a week during the season.Enter EmailSign Up

The investigation also found that Brady and his agent, Don Yee, spoke with the Dolphins during the 2021 season, when Brady was in his second year with the Buccaneers.

“Those discussions began no later than early December 2021 and focused on Mr. Brady becoming a limited partner in the Dolphins and possibly serving as a football executive, although at times they also included the possibility of his playing for the Dolphins,” the league found.

Lastly, the investigation found that the Dolphins spoke with Saints coach Sean Payton — who is also represented by Yee — about taking the head coaching job in Miami without getting consent from New Orleans first. Those conversations came before Payton announced he was retiring in January 2022.

“The investigators found tampering violations of unprecedented scope and severity,” Roger Goodell said in the release. “I know of no prior instance of a team violating the prohibition on tampering with both a head coach and star player, to the potential detriment of multiple other clubs, over a period of several years. Similarly, I know of no prior instance in which ownership was so directly involved in the violations.”

The investigation also pursued allegations raised by Flores that he was asked to tank in order to improve the Dolphins’ draft position.

Flores was fired in January 2022 after three seasons in Miami and a 24-25 record.

The NFL’s investigation did not find evidence that the Dolphins intentionally lost games in 2019, when they finished 5-11.

But the investigators found Ross “expressed his belief that the Dolphins’ position in the upcoming 2020 draft should take priority over the team’s win-loss record” during the 2019 season.

“These comments, which he took to be suggestions that he lose games, troubled Coach Flores and led him to express his concerns in writing to senior club executives, each of whom assured Coach Flores that everyone, including Mr. Ross, supported him in building a winning culture in Miami,” the release says. “After this, Mr. Ross no longer made any such comments to Coach Flores.

In regards to the claim Flores made that he was offered $100,000 to lose games, the investigators found “there are differing recollections about the wording, timing, and context. However phrased, such a comment was not intended or taken to be a serious offer, nor was the subject pursued in any respect by Mr. Ross or anyone else at the club.

This story will be updated. 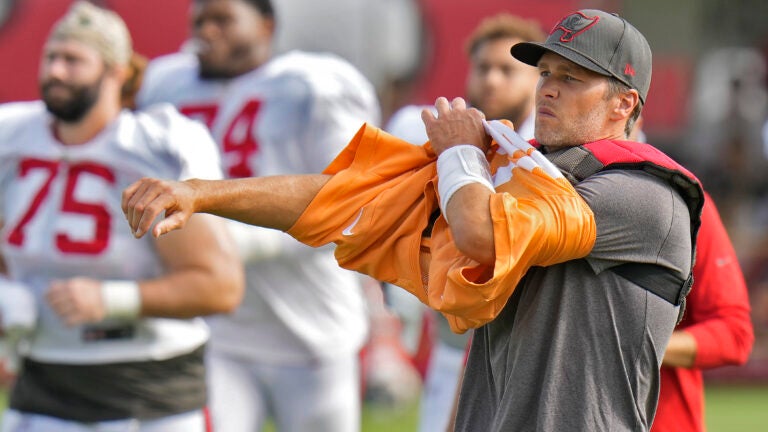