County records showed that Brown is accused of traveling at over 85 miles per hour on a section of highway in north Phoenix where the posted speed limit is 65 mph. He was arrested at 7:05 a.m. A criminal speeding charge can be brought if someone in Arizona is accused of exceeding the speed limit by more than 20 mph.

Criminal speeding is a Class 3 misdemeanor in Arizona punishable by up to 30 days in jail, a year of unsupervised probation and a $500 fine.

“We are aware of the situation regarding Hollywood Brown and have reported it to the NFL office as required,” the Cardinals said in a statement. “We will comment further as appropriate.”

The 25-year-old Brown is in his first season with the Cardinals, who sent a first-round pick to the Baltimore Ravens to acquire him during April’s NFL draft. Brown is expected to help Arizona’s pass-catching corps weather the early-season absence of star wide receiver DeAndre Hopkins, who was suspended six games for violating the league’s policy on banned performance-enhancing substances.

A first-round pick by the Ravens out of Oklahoma in 2019, Brown set career highs last season with 91 catches for 1,008 yards. Over his three NFL seasons, he has accumulated 195 catches for 2,361 yards, 21 touchdowns and a 12.1 yards-per-reception average.

Brown was activated Tuesday off the non-football injury list, following a hamstring injury he suffered before training camp. The Cardinals are conducting their camp at their stadium in Glendale, Ariz.

In comments to reporters at Cardinals camp Wednesday morning, Coach Kliff Kingsbury did not indicate whether he was aware of Brown’s arrest.

“When he’s back, I want him full speed and confident,” Kingsbury said then. “Playing in a new system, you don’t want him thinking too much about anything physically.”

In May, the Cardinals were shaken by the death of cornerback Jeff Gladney, whom they had signed two months earlier. The 25-year-old Gladney, who had previously played for the Minnesota Vikings, and a female companion were killed in a car crash in Dallas. According to a crash report (via TMZ Sports), investigators listed “unsafe speed” as among the contributing factors. 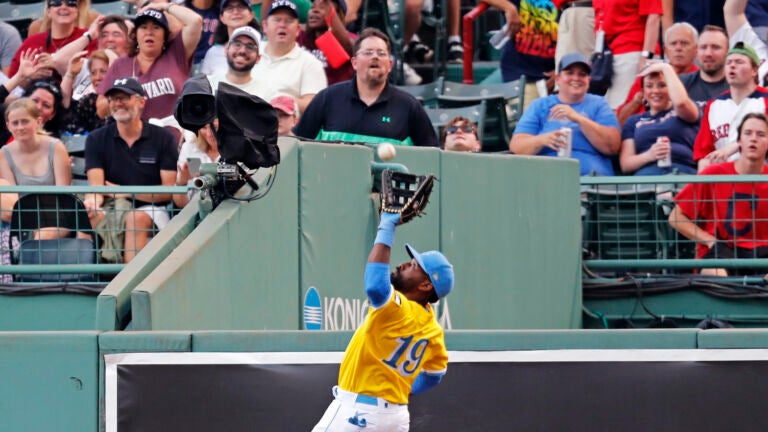